The Last Hour Cast: List Of Actors And Their Characters In This Amazon Prime Video Series

The Last Hour is an upcoming murder mystery thriller that will release on Amazon Prime Video on May 14. Ahead of its release, read about The Last Hour cast here 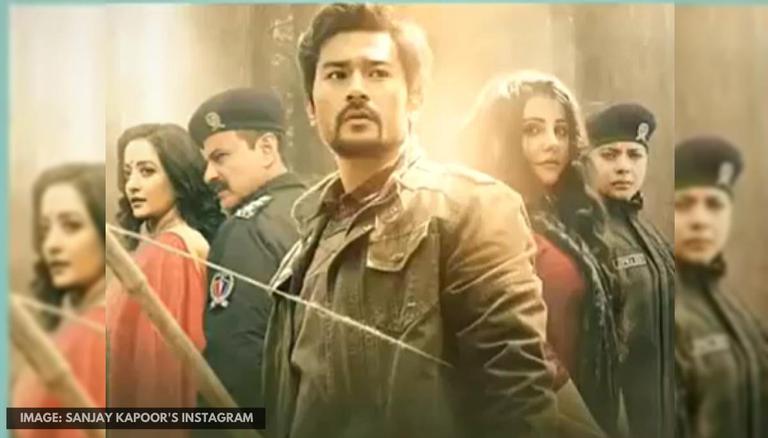 
Sanjay Kapoor starrer The Last Hour recently became one of the hot topics of discussion among netizens on social media after the makers dropped its much-awaited trailer on YouTube a couple of days ago. The supernatural mystery thriller is all set to release on the streaming giant Amazon Prime Video on May 14, 2021. The official synopsis of the series by the streamer reads, "A mysterious young shaman, on the run protecting a secret gift, joins hands with a seasoned city cop to hunt down a dangerous figure from his dark past. But when he falls for the cop’s young daughter, he is torn between duty and love. Will he be able to use his gift to save what he treasures most or will it destroy everything? The answers lie in life’s final moments."

The cast of The Last Hour stars Sanjay Kapoor, Karma Takapa, Shaylee Krishen, Raima Sen, Mandakini Goswami, Noksha Saham, and Shahana Goswami in key roles. Thus, ahead of the series' release, read on to know about The Last Hour cast in detail to find out more about all The Last Hour characters.

Anil Kapoor's beloved brother and actor, Sanjay Kapoor plays one of the lead roles in The Last Hour as Arup. From what is seen in the Amazon Prime Video series' trailer, Sanjay will be seen essaying the role of a Himalayan town's cop, who is in charge of investigating five mysterious murders in this Amit Kumar directorial. Ahead of The Last Hour, the 55-year-old was last seen in the Voot psychological thriller miniseries, The Gone Game.

READ | 'The Lovebirds' cast: Know all about the actors and the characters they play

Ralang Road film actor Karma Takapa will be seen playing the lead role of Dev in this mystery crime thriller. Karma as Dev is shown to be a Shaman, who can communicate with the spirits of the dead. The show focuses on how Dev's "Secret Gift" can be of Arup's help in solving the aforementioned five murder mysteries.

Kashmiri actor Shaylee Krishen is all set to mark her debut in the OTT world with Amazon Prime Video's The Last Hour. Shaylee will be seen essaying the role of Arup's daughter in this web series. She will also be shown to fall in love with Dev after getting in touch with him to find out how her mother died.

Popular film and television actor Shahana Goswami will also be seen playing one of the female leads in The Last Hour. She will be seen essaying the role of Arup's colleague in this series, who assists him investigate five mysterious murders in a small Himalayan town. Shabana last starred in Netflix's controversial series Bombay Begums as Fatima Warsi.

The Bengali and Hindi film actor Raima Sen also plays a pivotal role in The Last Hour. From what is seen in the trailer, Raima will be essaying the role of Arup's late wife in this Amit Kumar directorial. Ahead of the upcoming series, she was last seen in Zee5's crime drama, Black Widows.