'The Walking Dead' Season 11 Release Date: When Is The Show Hitting OTT?

The Walking Dead season 11 release date and other information about the show that you must know ahead of its release. Read ahead to know about it. 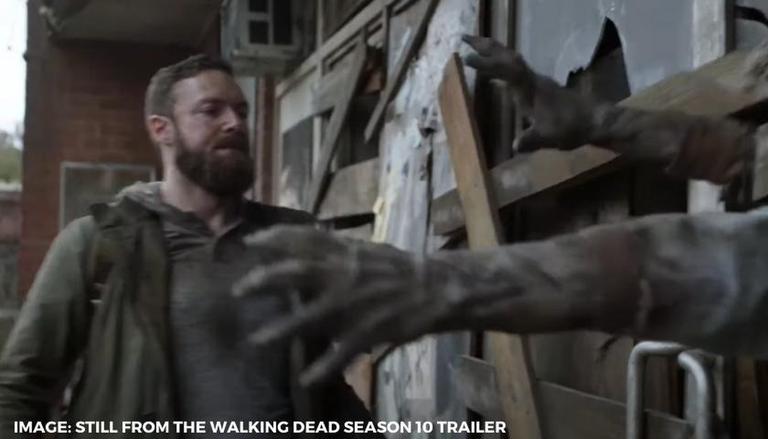 
Fans of The Walking Dead series have eagerly been waiting for the eleventh season of the show. As per the Daily Research Plot, the makers have currently decided upon a summer release date for the popular series. The series will be released digitally on the OTT platform Netflix and will begin streaming this year itself. Fans have also expressed concerns assuming that The Walking Dead season 11 will mark the end of the show. Thus a number of fans have been eagerly waiting for the show and the makers have pointed out that it will start streaming from August this year.

The Walking Dead season 11 is all set to premiere on August 22 this year. The makers of the show have also revealed the names of the titles of some episodes and thus fans have grown more eager to watch the show as soon as possible. According to Digital Spy, the names of the episodes are Acheron: Part I, Acheron: Part II, Hunted, Rendition, Out of the Ashes, On the Inside, Promises Broken, and For Blood.

About The Walking Dead season 11

As per the events of the tenth season of the show, two new rival gangs have formed within the series. Both the gangs have villainous intent and thus they will be going up against each other in the new season. Reapers and Commonwealth, the two villain gangs will most likely conclude their story with the new season in late 2021 or 2022.

Will The Walking Dead end with season 11?

With the rival gangs ending each other, there may be a little scope left for the commonwealth squad and their storyline, as per the news portal mentioned above. However, The Walking Dead does end its primary storyline with season 11 this year. However, the series will have a total of extra eight episodes as compared to their usual length. Thus fans will get to watch a total of 24 episodes from The Walking Dead season 11 before it finally comes to an end. Thus one can assume that with the episode-wise breaks, the series will conclude by spring of 2022.