Watch | 'The Wheel Of Time': First Full-length Trailer To Take You On 360-degree Magical Voyage

The makers of the American epic fantasy television series, 'The Wheel of Time' recently unveiled a thrilling 360-degree trailer and left the fans amazed. 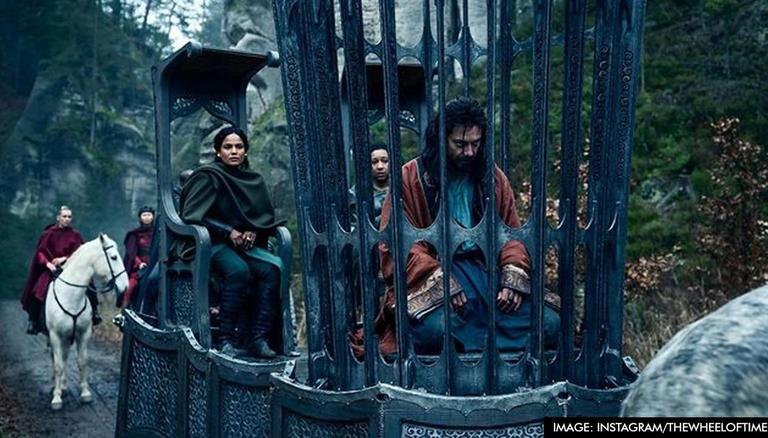 
Ahead of the release of the much-awaited American epic fantasy television series, The Wheel of Time, the makers recently uncovered a mind-boggling piece of a trailer that left the fans thrilled.

The Wheel of Time shared a 360-degree trailer that depicted a journey around the world and gave glimpses of the fantasy and magical world of the series.

The makers of The Wheel of Time recently released the trailer of the fantasy series on Amazon Prime Video that gave a magical sneak peek at the fantasy world created by Rafe Judkins. The 360-degree trailer gives fans a chance to explore the fantasy world and enjoy the virtual three-dimensional ‘wheel.' If you click on the arrow placed on the upper left side, it will take you away from the main trailer and will showcase a multi-dimensional fantasy world of The Wheel of Time. One can also explore the magical world by just dragging the screen around, however, it is best to watch the complete trailer first so that you do not miss out on the breath-taking plotline of the series.

READ | The Wheel Of Time: All you need to know about the upcoming series cast and crew

Many fans took to The Wheel of Time trailer on YouTube and expressed their excitement about watching it. Many fans stated how excited they were for the release of the series while others praised the trailer and hailed that the wheel was turning. Take a look at some of the fans' reactions to the first-of-its-kind experience from the trailer that blew away their minds. 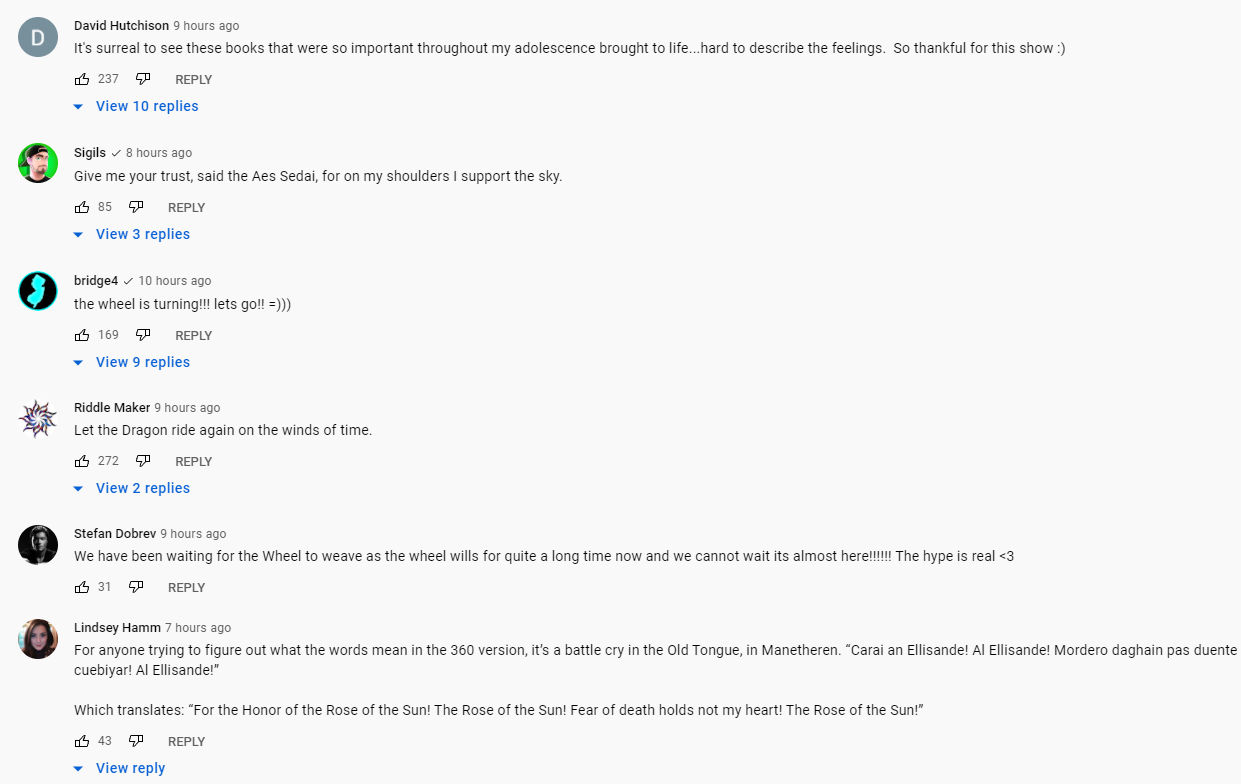 About 'The Wheel Of Time'

The Wheel of Time is based on Robert Jordan's novel series of the same name with Rafe Judkins as showrunner. The first season is set to premiere on Amazon Prime Video on 19 November 2021 with eight episodes. The series was recently renewed for the second season ahead of the premiere. The popular cast of the show includes actors namely Rosamund Pike as Moiraine, Marcus Rutherford as Perrin Aybara, Josha Stradowski as Rand al'Thor, Madeleine Madden as Egwene al'Vere, Daniel Henney as al'Lan Mandragoran, Álvaro Morte as Logain Ablar, Michael McElhatton as Tam al'Thor, Alexandre Willaume as Thom Merrilin, Johann Myers as Padan Fain, Priyanka Bose as Alanna Mosvani, Jennifer Cheon Garcia as Leane Sharif, and numerous others.

READ | 'The Wheel of Time' to premiere on Amazon Prime Video in November; read more

WE RECOMMEND
'Wheel Of Time's' short teaser clip released, Rosamund Pike to lead the show as Moiraine
'The Wheel Of Time': Amazon releases magical first look of upcoming epic fantasy series
'The Wheel of Time' to premiere on Amazon Prime Video in November; read more
The Wheel of Time renewed for season 2 as production for season one wraps
Wayne Che Yip joins 'The Lord Of The Rings' series to direct four episodes
Listen to the latest songs, only on JioSaavn.com