'The Wheel of Time' actor Rosamund Pike reveals how male actors from the series frantically dieted and worked out hard for their naked scene. 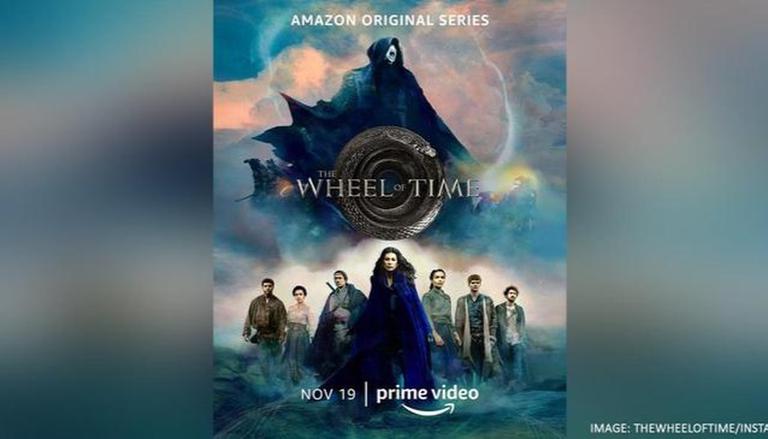 
Amazon Prime Video is all set for the release of its epic fantasy series The Wheel of Time, based on the books by the late author Robert Jordan. The fantasy series will cover a whopping 15 novels that debuted in 1990. The cast of the series will be led by Academy Award winner Rosamund Pike. The series also features Joshua Stradowski, Álvaro Morte, Marcus Rutherford, Zoë Robins, Barney Harris, Madeleine Madden, and Daniel Henney. Pike revealed that the show will have more naked men than women and shared how hard the male cast worked for the scenes.

Ahead of the series release, Rosamund Pike shared that the male cast worked hard for the naked scenes in the movie. She said, "You see many more naked men than you see naked women, which is quite pleasing, since women have been asked to expose themselves forever and a day." She further added, "We've got all the boys frantically dieting and working out hard for their naked scenes and all of the women going out for lovely dinners."

The first season, consisting of eight episodes, is scheduled to premiere on Prime Video on November 19, 2021, with the release of the first three episodes. The remaining five are set to air on a weekly basis until December 24, 2021. In May 2021, the series was renewed for a second season, ahead of the series premiere.

The Wheel of Time follows Moiraine played by Rosamund Pike, a member of the Aes Sedai, a powerful all-female organization of magic users. She takes a group of five young people on a journey around the world, believing one of the five might be the reincarnation of the Dragon, a powerful individual prophesied to save the world or destroy it. As per Collider, the official synopsis of the series read-

READ | 'The Wheel of Time' to premiere on Amazon Prime Video in November; read more

"Set in a sprawling, epic world where magic exists and only certain women are allowed to access it, the story follows Moiraine, a member of the incredibly powerful all-female organization called the Aes Sedai, as she arrives in the small town of Two Rivers. There, she embarks on a dangerous, world-spanning journey with five young men and women, one of whom is prophesied to be the Dragon Reborn, who will either save or destroy humanity."

WE RECOMMEND
'The Wheel of Time': First full-length trailer to take you on 360-degree magical voyage
'Hanna': Amazon Prime Video action-thriller to come to an end with season 3
Amazon Prime Membership Price in India to Be Hiked Up to 50%; check revised rates
From 'Bunty Aur Babli 2' to 'Shamshera', YRF films set to stream on Amazon Prime Video
'The Tender Bar’ trailer: Ben Affleck to play J.R. Moehringer's uncle in the film; Watch
Listen to the latest songs, only on JioSaavn.com