'The Wheel Of Time': What Does The 'Heron' Mark On Rand's Father's Sword Mean?

How did Joshua Stradowski's character Rand al'Thor in 'The Wheel of Time' get the 'Heron' marked sword? Read on to know its significance in the series. 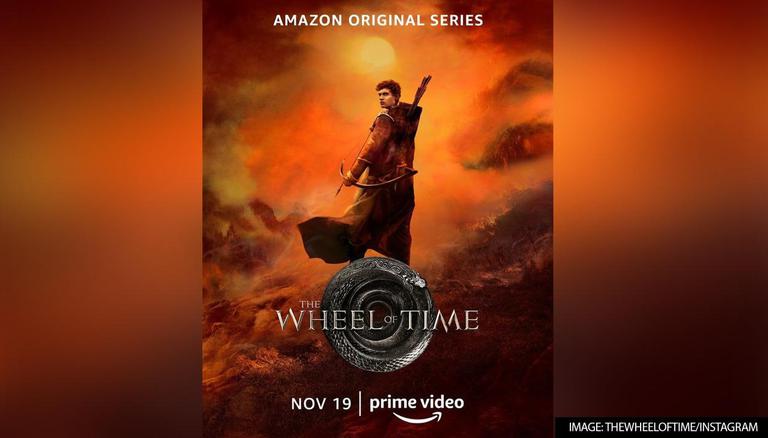 
The first three episodes of the epic fantasy series The Wheel of Time were released on November 19, with mixed reviews. The show based on the books by the late author Robert Jordan, follows Moiraine Sedai, a sister of the Aes Sedai. She sets out on a journey to find the Dragon Reborn, a powerful male or female champion who is destined to save humanity but also has the power to destroy it. The first three episodes of the series opened up a number of questions about Joshua Stradowski’s character, Rand al’Thor.

At the beginning of the series, Rand is one of the five young villagers narrowed down by Moiraine (Rosamund Pike) and Lan (Daniel Henney) as a prospective Dragon Reborn. During the fight with one of the trollocs, Rand's father uses a heron-marked sword to defend themselves. Rand carries the same sword on his adventurous journey to the White Tower. Read on to find more about the significance of Heron's mark on his father's sword.

What is the significance of 'Heron' mark on Rand's father's sword?

In Amazon Primes’s Wheel of Time show, Rand takes his father's sword along with him. The sword, marked with the heron (long-legged, long-necked, freshwater bird) on the hilt, came straight out of the books. Heron-marked swords, like the one Rand has, are reserved for blade masters who are one of the most respected and skilled swordsmen in The Wheel of Time’s universe. Rand al’Thor having such a weapon in his possession piqued the interest of Lan, who understood that Rand’s father must have been someone powerful and important before settling in Two Rivers.

READ | 'The Wheel of Time' Twitter review: Netizens claim to be 'officially addicted' to series

According to the books, Rand's father Tam al’Thor was a blade master years ago and the sword was made by Aes Sedai who used the One Power, which makes it a 'power-wrough'. As the series unfolds, viewers will get to see more of the sword as it is one of the important factors in Rand al’Thor's story arc.

Meanwhile, The Wheel Of Time features Rosamund Pike, Joshua Stradowski, Álvaro Morte, Marcus Rutherford, Zoë Robins, Barney Harris, Madeleine Madden, and Daniel Henney. The show was renewed for season two before the premiere of season one. The remaining five episodes are set to air on a weekly basis until December 24, 2021.