What Happened To Shea Hicks Whitfield On 'Bargain Block'? Know All About It

Shea wasn't in the recent episode of Bargain Block. The fans have been wondering what happened to Shea on Bargain Block? Here's why she was absent in the show. 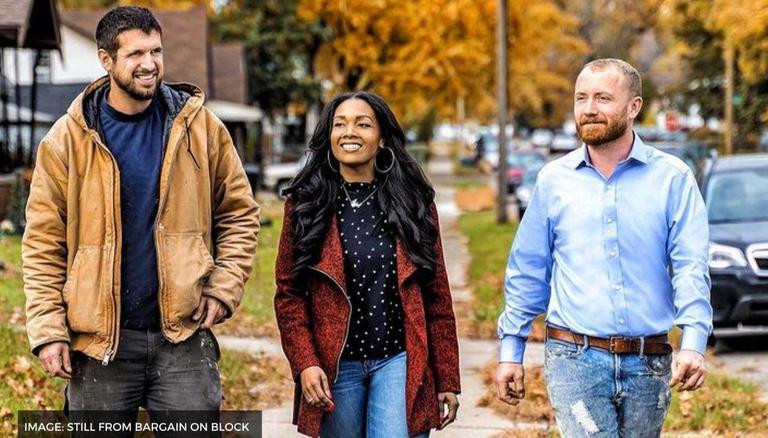 
Bargain Block is an HGTV show that premiered in April 2021. Shea on Bargain Block is the realtor on the show who was absent in the May 26 episode. As soon as the episode aired, a lot of fans flooded Twitter with her hashtag wondering what happened to her. The makers of the show revealed the reason why the realtor was not present in the upcoming episode.

What happened to Shea on Bargain Block?

Bargain Block cast features home improvement experts and partners, Evan Thomas and Keith Bynum. The couple has been working with a realtor Shea Hicks Whitfield. They renovate a few run-down homes which are located in Detroit, Michigan. Shea has been a part of the Bargain Block cast since the inception of the show. So when she wasn't present in the May 26 episode, fans flooded Twitter with the question that what happened to Shea on Bargain Block.

Don’t worry! Tonight’s episode of Bargain Block was actually the pilot. @Shea_Alicia started working with Keith and Evan after this - she’ll be in the rest of the episodes! https://t.co/m3WI1KO4bC

Amidst the COVID-19 pandemic, fans were worried about her health. But the makers of the show clarified that the realtor is safe and healthy. Responding to a fan, HGTV's official Twitter account tweeted that Shea Hicks Whitfield was not a part of the show when they shot the pilot episode. They had aired the pilot episode on May 26 instead of other episodes. She was added to the cast after that and has been a part of the entire season. They assured them that she will be there for the rest of the season.

READ | 'Policewala Gunda 3' cast: A look at the actors in the Hindi dubbed version of 'Saamy'

Fans were relieved that the realtor is healthy. A Twitter user mentioned that they almost had a panic situation. They can now finally watch the episode in peace. They added that they are looking forward to seeing her in the episode next week. Another user wrote that they love her voice on the show. One user said that he thought about the same when he watched the episode and added that Keith and Evans look great together. He also said that he loves watching the show and is looking forward to watching Shea on it again.

Phew! I was about to hit the ceiling! Okkkk. I can watch tonight’s episode in its entirety then. Look forward to see our girl, Shea next week

Great, I love Shea. Her voice is everything.

READ | 'Road House' cast: Everything you need to know about the cast of the 1989 action film
READ | 'Hairspray': From John Travolta to Michelle Pfeiffer, a look at the cast of 2007 film