When Does 'Luca' Come Out On Disney Plus? Know Details About The Movie

Disney and Pixar are all set to release their latest summer film, Luca soon. Read ahead to know when does Luca come out on Disney Plus. 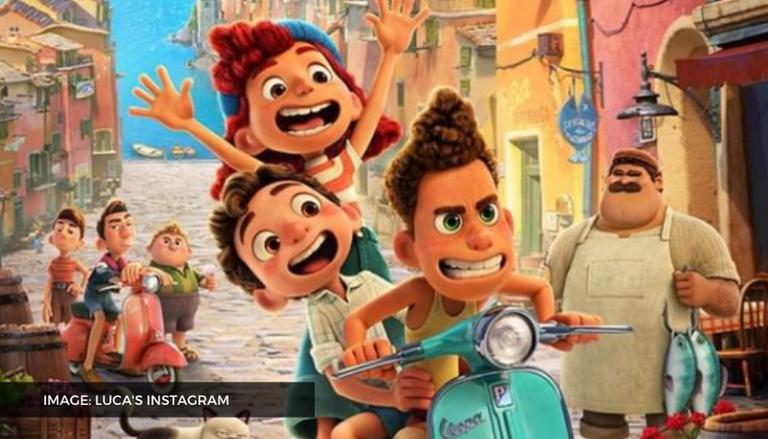 
The release of Disney and Pixar's upcoming movie Luca is just around the corner. Set in the fictional seaside town of Portorosso, the film tells the tale of two best friends Luca Paguro and Alberto played by Jacob Tremblay and Jack Dylan Grazer, respectively. Both Luca and Alberto are teenage sea monsters who set foot on land posing as humans to have the best summer of their lives in Italy, Europe. Scroll on to find when does Luca come out on Disney Plus, how to watch it and more.

When is Luca's release on Disney Plus?

Do you have to pay to watch Luca on Disney Plus?

A post shared by Disney and Pixar’s Luca (@pixarluca)

Unlike other Disney films, including Raya and the Last Dragon, Mulan and Cruella, in which netizens have to pay an added fee to watch the movies, Luca will be free to watch for all Disney Plus subscribers as soon as it releases. The netizens will not have to pay the Premier Access fee to watch the movie. This also means that the audience will not have to wait for three months to watch Luca on Disney Plus like several other Pixar films.

READ | Soul Review: Explores the accurate space between 'Leading' and 'Living' a life

According to a report by Deadline, Luca will have a theatrical release in international markets where Disney Plus is not available yet. However, the official release date of the movie in theatres has not been announced yet. The countries in which Luca will be getting a theatrical release include Thailand, Hong Kong, Macau, the Philippines, South Korea, Taiwan and most of Eastern Europe. Apart from Luca, the other Pixar movies that will be releasing soon are Turning Red which will release in March 2022 and Toy Story spinoff Lightyear releasing in June 2022. Watch the trailer of Luca right below.

READ | 'Luca' trailer takes you on vacation to the Italian Riviera with an unforeseeable twist
READ | 'Luca' release date revealed, here's when you can watch the much-awaited animated film
READ | Jacob Tremblay finds similarity between his upcoming movie 'Luca' & the current situation