When Is 'Doom At Your' Service Episode 3 Releasing? Know All About The Fantasy Drama

Fans of fantasy drama show 'Doom At Your' service are eagerly waiting for its third episode. Read more to know about when is Doom At Your service ep 3 releasing 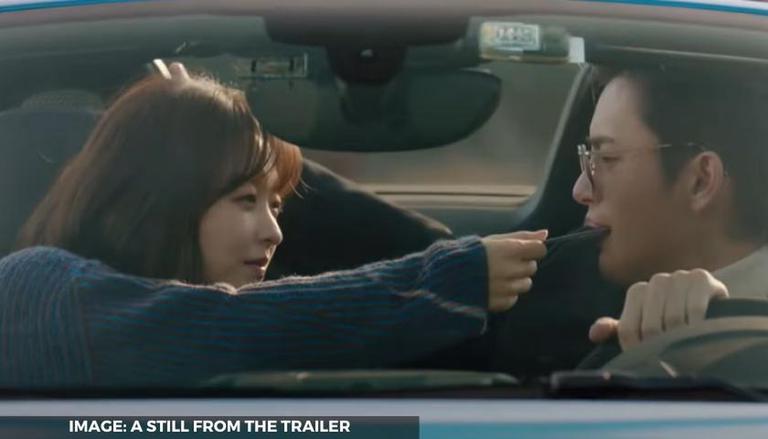 Image: A still from the trailer


Doom At Your Service is currently one of the most popular South Korean drama shows. Ever since its premiere on May 10, the show has been going viral all over the world. The show has premiered two episodes till now which went on to become huge hits among the audience. Doom At Your Service features Park Bo-young and Seo In-guk in the lead roles. The chemistry between the two actors is winning the hearts of the viewers. Know all about the Doom At Your Service episode 3 release date and time here.

Doom At Your Service episode 3 release date and time

Till now two episodes of Doom At Your Service has been released thus increasing the curiosity about the third episode. Doom At Your Service episode 3 is all set to release today on May 17, 2021. The audience had been eagerly waiting for Doom At Your Service's latest episode ever since the second episode aired last week. According to a report by otakukart.com, Doom At Your Service's latest episode will be releasing today at 9.30 PM KST. This means that the show will be available at 5.30 AM according to Pacific Time and 8.30 AM Eastern Time. The fourth episode will follow tomorrow on May 18, 2021, at the same time. The series will be consisting of 16 episodes in total which will be aired till June 29, 2021. The series is available to watch for fans all over the world with English subtitles on Rakuten Viki.

Doom At Your Service

The fantasy drama has kept the viewers engaged with its interesting content. Park Bo-young plays the role of Tak Dong-kyung. She is a web novel editor at a publishing company. She lost her parents in an accident at a young age. She discovers that she is going to die because of a tumour and has only 3-4 months to live. Angry at the world, she wishes for the world to end. Seo In-guk plays the role of Myul Mang who is a messenger between gods and humans. He has the power to become a human’s wish on his birthday. The plot of Doom At Your Service revolves around Tak Dong-kyung’s wish and how her life changes when Myul Mang enters her life. The audience is surely in for more drama and interesting twists and turns with upcoming episodes of the show.

Doom at Your Service trailer

Image: A still from the trailer

READ | Why did Spotify remove Kpop songs? Kakao M and Spotify release official statements
READ | Fans trend hashtag in support of BTS' Jin to make him win 'KPOP Visual of the Year 2021'
READ | 'Doom At Your Service' new stills, preview give glimpse into the upcoming show | Watch
READ | 'Doom At Your Service' premieres it's first episode, here's how netizens reacted to it