Who Is Lee Da-In? Details On 'Alice' Star Who Is Rumoured To Be Lee Seung-Gi's Girlfriend

South Korean superstar Lee Seung Gi is reportedly dating actress Lee Da-In. Here's all you need to know about the relationship and the actress - 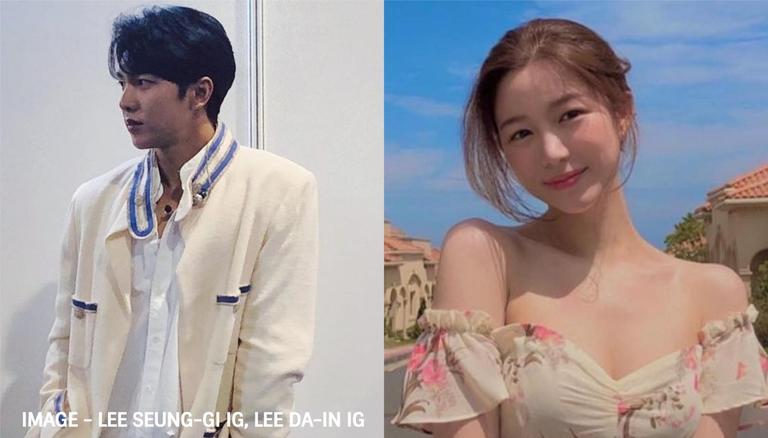 
South Korean actor and singer Lee Seung Gi has been in a relationship for a year now, according to reports. According to a report by hitc.com, Lee Seung-Gi's girlfriend is South Korean actress Lee Da-In. The couple apparently got involved after meeting because of their mutual passion for golf.

South Korean stars have faced a lot of hate online, either for their bullying scandals from when they were young or because of their controversial and dramatic relationships. Lee Seung-Gi is best known for his current role as host in the variety show Master in the House. His other work includes his lead roles in A Korean Odyssey, Gu Family Book, and Vagabond.

While K-pop fans are familiar with the actor/singer, Lee Seung-Gi's girlfriend, Lee Da-In is not so well known to fans. Da-In also has a couple popular dramas under her belt, but more about that later. The actress is Lee Seung-Gi's second girlfriend, with whom the Vagabond star has gone public; the first was Girl’s Generation’s Yoona, in 2015.

According to a report by Soompi, Lee Da In's company, 9Ato Entertainment recently confirmed the relationship between the two actors. The company released a statement saying, "We have checked with actress Lee Da In herself, and she stated that they met as senior and junior [of the same industry] and have been carefully getting to know each other since five or six months ago. Please show them warm attention and support so that they can continue their relationship well".

READ | Lee Seung Gi leaves his agency after 17 years, to reportedly set up his own agency

According to Hitc, the actress was born in Seoul, South Korea on November 5, 1992 making Lee Da-In's age 28. Lee Da-In's mother is a veteran actress and singer Kyeon Mi-Ri, who is known for starring as the antagonist in the internationally successful drama Dae Jang Geum, in 2003. Her father is actor Im Young-gyu.

Da-In’s parents divorced in 1993, and Mi-Ri married businessman Lee Hong-heon. Lee Da-In's older sister, Lee Yu Bi, is also a part of the industry and works as an actress. Incidentally, she was also part of the main cast with Lee Seung-Gi in the Gu Family Book.

Although Lee Da-In's filmography isn’t as extensive as her current boyfriend, the actress has still been in popular dramas such as Hwarang: The Poet Warrior Youth. She appeared on the show from 2016-17 and then went on to star in the show My Golden Life, in which she went on to appear from 2017-18. Lee Da-In's tv shows also include her roles in Come and Hug Me, Doctor Prisoner, and most recently, Alice. The actress also received an SBS Drama Awards nomination for Best Actress for her role in the last one.