Will There Be A Season 4 Of 'Manifest'? Fans Of The Show Trend 'SaveManifest' On Twitter

'Manifest' Season 4 might not release on NBC after the channel cancels the show post three seasons. Creator Jeff Rake hopes to find the show a new home 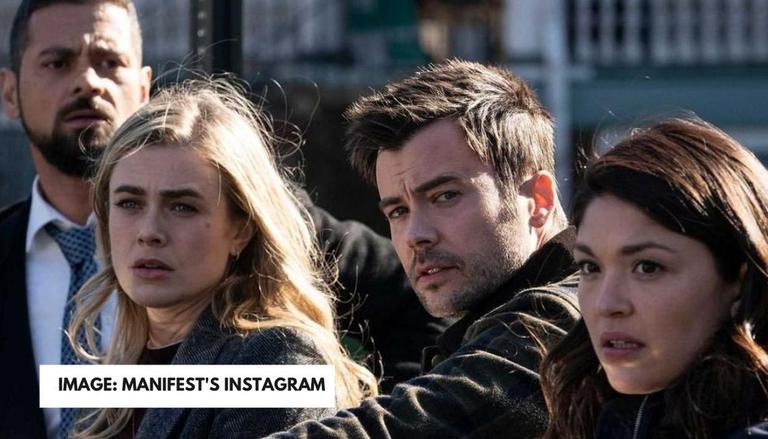 
Will there be a season 4 of Manifest? On June 15, 2021, NBC confirmed that they have decided to cancel Manifest Season 4. The show first premiered in 2018 is about a group of passengers on a flight from Jamaica to New York who face turbulence and land in New York to find that five years have passed and the world has moved on after deeming them missing.

Manifest's latest season is season 3 which is available on NBC's streaming service, Peacock. But since the third season ended on a cliffhanger note, fans all over have been distraught at the news of their show getting cancelled. The creator of Manifest, jeff Rake, shared his own dismay on Twitter and urged fans of the show, Manifesters, to save the show.

I’m devastated by NBC’s decision to cancel us. That we’ve been shut down in the middle is a gut punch to say the least. Hoping to find a new home. You the fans deserve an ending to your story. Thanks for the love shown to me, cast, and crew. #savemanifest

This hashtag used by Rake has been trending ever since on social media. The creator has also been retweeting several fans' tweets with the #SaveManifest hashtag. He has also been sharing some tidbits from the conceptualisation and the writing of the previous seasons. He also shared another tweet in which he called NBC, "Good people making hard decisions."

For WB, my partners and champions.

For cast, writers, and crew. We did this together. In a pandemic.

And of course for you, old fans and new.

The total Manifest seasons are 3 and 2 of them are available on Netflix. Fans are hoping that Netflix could pick up the show and stream it on their service after Rake's tweet hinted at "finding a new home." In the past, there have been shows that were saved by fans and taken up by Netflix. One big example is Brooklyn Nine-Nine. Another could be Lucifer.

So, will there be a season 4 of Manifest?

Fans will have to wait for Manifest season 4 but it looks like the makers are not only in talks with Netflix but also in talks with NBC again. The channel had dropped the show even though it was their number one show on the channel because its viewership had gone from 10 million viewers in 2018 to 3 million viewers now. The total Manifest seasons were originally supposed to 6 but the show was cut short to 3. Manifest stars Josh Dallas, Mellissa Roxburgh, Luna Blaise, Athena Karkanis among others.

READ | 'Manifest' cast list: These are the actors who star in the NBC supernatural drama
READ | What happened to Zeke on 'Manifest'? See details about his powers