'You' Season 3: Penn Badgley's Joe In The Trailer Has Fans 'obsessed With It'

The makers have unveiled Netflix's 'You' Season 3 trailer on their social media sites. Penn Badgley's Joe Goldberg and Victoria Pedretti's Loe Quinn are back. 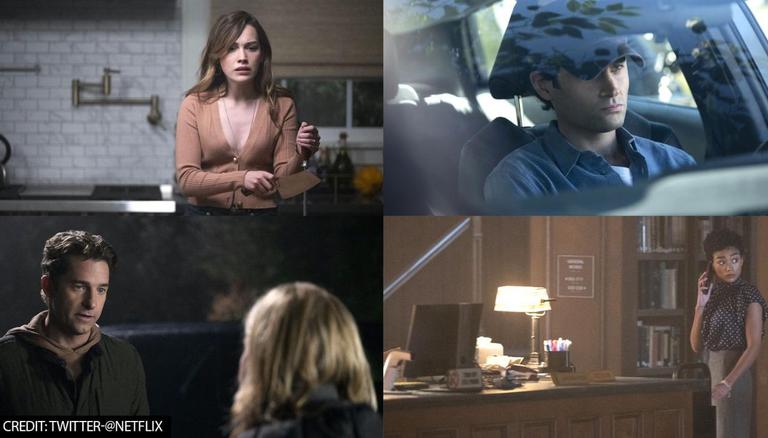 
The makers of Netflix's original series You Season 3 trailer was recently released on social media. Penn Badgley as Joe Goldberg and Victoria Pedretti as Loe Quinn are back in the renewed season of the smash hit psychological thriller drama, You. In the trailer, one can see after leaving the city at the end of Season 2, the 'killer' couple struggle with suburban life as they continue to deal with their impulses while trying to appear normal. Many fans and followers have expressed their excitement as the trailer was released. Take a look.

Fans react to You Season 3 trailer

A fan tweeted, "Just finished watched You season3 trailer wow love it i must say the edit of the trailer who ever did is did totally awesome." Another one wrote, "Haven't finished watching Sex Education 3 yet and trailer of You S3 is already here." A netizen chipped in, "I'm obsessed with them .... am I okay?" Another one added, "Not them burying a body with their baby right there." Several other fans also dropped a bunch of snips from the trailer.

Just finished watched You season3 trailer wow love it i must say the edit of the trailer who ever did is did totally awesome 👏🏻 #YouNetflix pic.twitter.com/WJv2nsmBTJ

Haven't finished watching Sex Education 3 yet and trailer of You S3 is already here 😵#You #YouNetflix pic.twitter.com/5EyVuYO1RZ

Oh, you have no idea lady. #YOU pic.twitter.com/uMkCxTC7Md

Not them burying a body with their baby right there😭💀#YouNetflix pic.twitter.com/FWYUgFF9JO

In the newly released trailer, the renewed season of You reintroduces Joe and Love as the couple tries to build their life for the baby. However, one sees that Joe Goldberg does not change and goes back to his obsessive habits as he falls for his neighbour. As for his partner, Love, her impulsiveness breaks her marriage as her jealousy takes over into her own destructive behaviour. The dark secrets of the couple force them to stay together. Penn Badgley’s character, Joe admits in the Netflix thriller’s just-released trailer, "In my history of scared, this is the most scared I’ve ever been."

READ | 'You Season 3' theories predict that Joe's mother will be introduced, read details

READ | You Season 3 to star Scott Speedman as Matthew, fans guess what his plot may be

WE RECOMMEND
'You' Season 3 Trailer: Penn Badgley is back on his killing spree in Netflix thriller
You Season 3 trailer out, Penn Badgley thriller arrives on Netflix on THIS date
'You' season 3: Penn Badgley & team call it a wrap on the third season of Netflix series
'Gossip Girl' star Penn Badgley says he felt 'overwhelmed' by the fame he got
'You' season 3 begins production, Netflix releases first set photo
Listen to the latest songs, only on JioSaavn.com