A Frightening Scarecrow Leaves Netizens Amused: 'Even Batman Will Be Scared'

Former cricketer Virender Sehwag shared the video on his Instagram page with the caption, 'Not just a scarecrow, but a sure shot treatment for constipation' 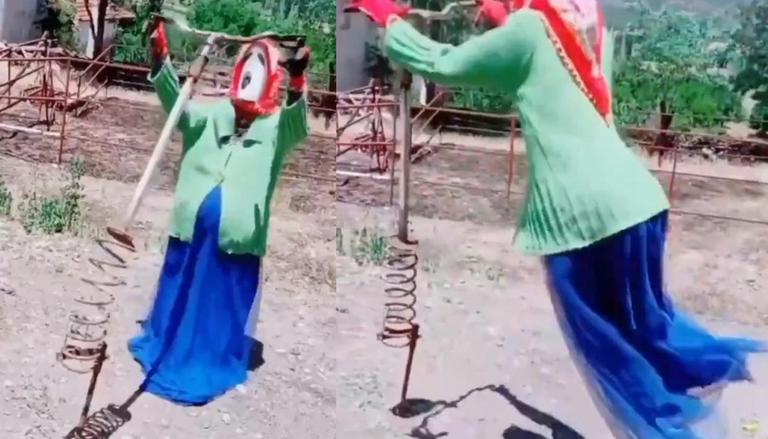 
Indian farmers usually make desi jugaad to drive away birds and animals to prevent them from destroying the crops. Farmers usually use earthen pots and sticks to create a structure similar to that of human beings. However, a recent video of a scarecrow has created quite a stir online.

A 9-second viral video was shared by a username Kaptan Hindustan on the microblogging site with the caption "Next level scarecrow", has garnered over five lakh views and more than six thousand shares. The scarecrow that is mounted on a stick is wearing a red scarf, gloves, green sweater and blue skirt.

What made the scarecrow-- 'a frightening scarecrow'

The scarecrow can be seen placed on top of a bicycle that is attached to a spring at the bottom. As the wind blows, the scarecrow attached to the spring starts swinging around in place. Former cricketer Virender Sehwag also shared the video on his Instagram page with the caption, "Not just a scarecrow, but a sure shot treatment for constipation."

Forget crows, even I am scared after seeing this at 1:12 AM. pic.twitter.com/oBWmq20uVZ

Netizens shared they were spooked after watching the video. One user wrote, "Is this to scare crows or humans?" "Imagine watching this at night it will faint weak hearted people too…" wrote the other user. "The Farmer who installed this in the Day must have seen this in the Night and Died," wrote the third user. “This is the kind of Scarecrow even Batman would be afraid of!” reacted another.

READ | Viral video of dog bringing cow for sleepover & mom reacting to it is hilarious; Watch 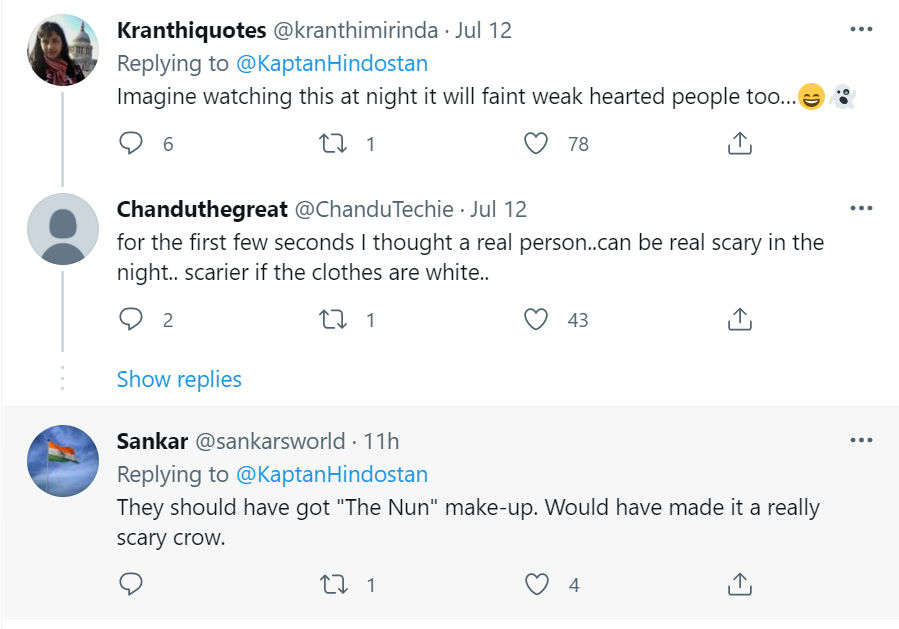 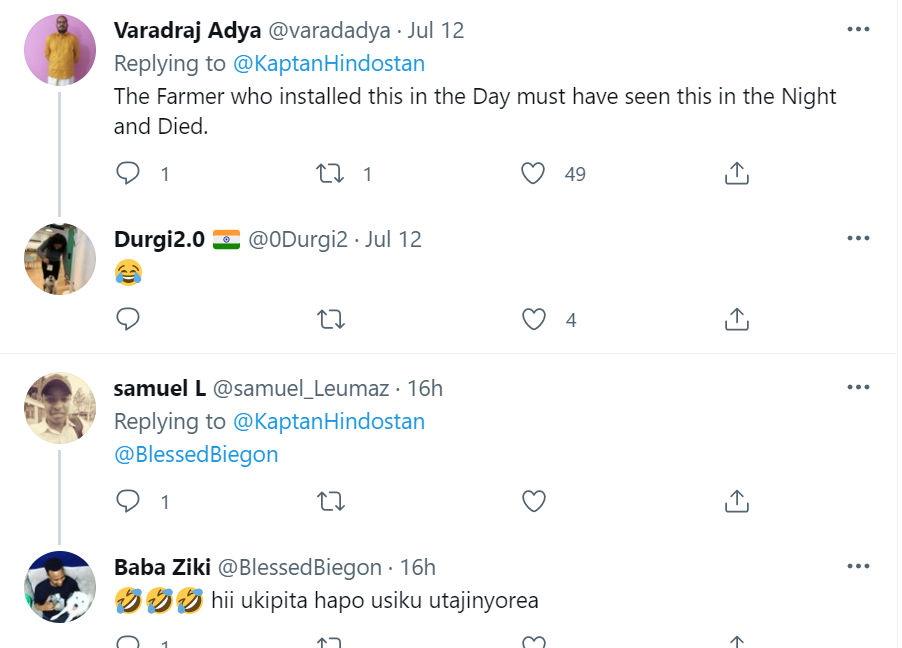