Amy Palmiero-Winters had to undergo an above-the-knee leg amputation following a tragic accident in 1994. She completed her run in less than 22 hours. 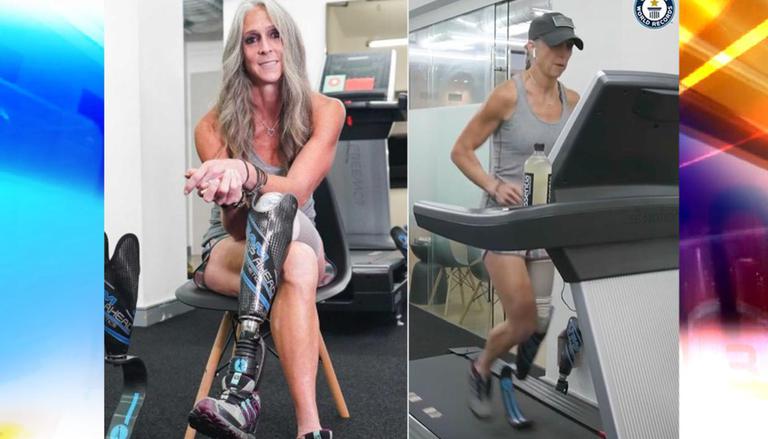 
The Guinness World Records, on August 12, shared an inspirational video of an American woman who had lost her left leg in an accident in 1994, creating a record by running 100 miles (160 km) on the treadmill with a prosthetic leg.

According to a statement released by the reference book published annually, Amy Palmiero-Winters created history by running 100 miles (160 km) in 21 hours 43 minutes and 29 seconds. Amy had to undergo an above-the-knee leg amputation following a tragic accident when her motorcycle hit a vehicle in 1994.

The tragic incident happened months after Palmiero qualified for the Boston Marathon. While the doctors were doing their best to save Amy's life, the passionate runner was trying to comprehend how she would ever get back to one of her favourite hobbies. "When you have something happen to you like it happened to me, I was just out for a ride on my motorcycle and a car happened to pull out in front of me and when it did it crushed my left foot. And as a result, I ended up losing my leg below the knee,"  Amy said while narrating the tragic days of her life.

The American runner, and mother of a son, said running had been the activity that helped her deal with life's problems and to push on from any hardships or emotional burdens she carried, but then it became the one thing she struggled to do. "Now, after 25 surgeries, heavy bouts of physical therapy, rehabilitation, emotional determination and a will to carry on – Amy not only runs marathons, she breaks records with them," Guinness World Records said in its statement.

The 3-minute video which was shared two days ago has now become viral on all social media platforms.

Till now, the post which was shared on Instagram with the caption, "Fastest 100 Miles On A Treadmill - LA2 After 25 surgeries, heavy bouts of physical therapy, rehabilitation, emotional determination and a will to carry on – @amy_palmiero_winters 🇺🇸 not only runs marathons, she breaks records" has garnered over one lakh views and tonnes of love-filled comments.

"Thank you for inspiring us.... 🙏🇮🇳 May God bless you with good health I pray Almighty... Amen... 🙏" a user commented, while another wrote, "We’re so proud of our girl."