The non-selection of the ace spinner R Ashwin for the fourth Test against England at oval raised eyebrows in the cricketing fraternity. 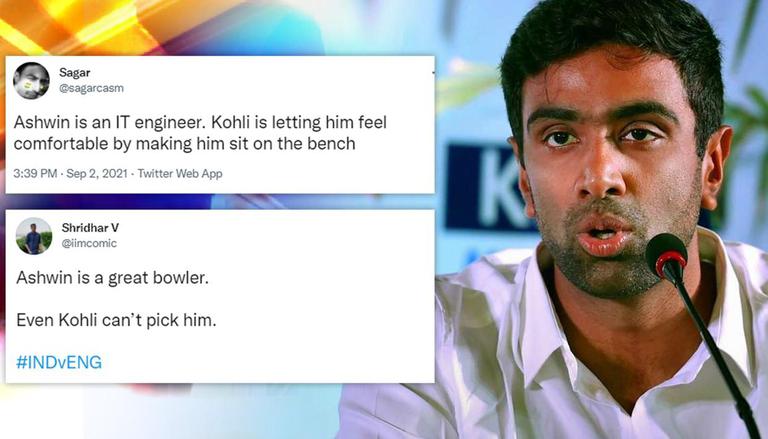 
In the era of social media, one could never predict what might start trending or become the next big meme. On Thursday, it was Indian cricketer Ravichandran Ashwin who became the subject of meme material. The non-selection of the ace spinner for the fourth Test against England at oval raised eyebrows in the cricketing fraternity. After the humiliating defeat in the third Test match, it was expected that Ashwin will be included in the playing eleven for the next Test, but sadly he continues to warm the bench. Instead, fast bowlers Umesh Yadav and Shardul Thakur were included replacing Ishant Sharma and Mohammad Shami. The non-selection of Ashwin shocked many, netizens flooded the social media with hilarious memes.

Ashwin's ouster from Tests resulted in a meme fest on social media. One user tweeted, "Ashwin is an IT engineer. Kohli is letting him feel comfortable by making him sit on the bench [sic]." "Ashwin is a great bowler. Even Kohli can't pick him," wrote another. Relating a situation from the web series, Mirzapur, one user wrote, "Bahut Takleef Hoti Hai. Jab Aap Yogya Hon Aur Log Aapki Yogyata Na Pehchane [sic]." "Shane Warne, Muralitharan, Anil Kumble would be happy that they didn't play under Kohli. They would never scale the heights they did through their career if they had played under Kohli," expressed another user. Indian commentator Harsha Bhogle also took to his Twitter handle to say that he was flabbergasted that India gave went in without Ashwin again.

Take a look at some of the funniest memes

I really hope it works but I am flabbergasted that India have gone in without Ashwin again.

Ashwin is an IT engineer. Kohli is letting him feel comfortable by making him sit on the bench

Ashwin is a great bowler.