Ruby, Gus, and Lucy McLellan became the owner of the home and its surrounding property in Clyde, a rural area about 48 kilometres southeast of Melbourne 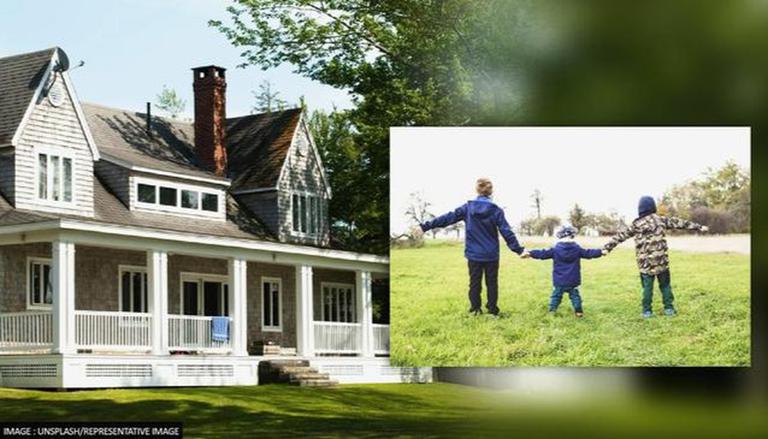 
In Australia, a six-year-old girl has recently purchased a new house along with her siblings after pooling their pocket money. Amid the nation’s wacky housing market, Ruby, Gus, and Lucy McLellan became the owner of the home and its surrounding property in Clyde, a rural area about 48 kilometres southeast of Melbourne's city centre. Following their father's suggestion, the siblings each contributed $2,000 of their pocket money for buying the stretch of land, Daily Mail reported.

Cam McLellan, the 36 years old father stated that he has encouraged his children to invest in Australia's thriving real estate market, however, he had first placed them to work and to save for a deposit. The house cost a total of $671,000 (Rs 3.6 crore) to the siblings in which their father predicted that will be doubled in valuation to $1,342,000 in the upcoming ten years. Further, the father went on to say, “The price on that block has already gone up to $70,000, so they’ve done well so far,” as per the 7News.

In the year 2032, the future youthful owners intend to sell and share the earnings. The father is the co-founder and director of the property firm OpenCorp, and he just published a step-by-step investing guide, as per the Daily Mail. The youngsters made the money by doing daily chores around the house and packaging their father's redesigned best-selling book. Indicating his book, McLellan told 7News, “It is written for my kids to use when they’re old enough, so I’ve outlined all the steps it takes to build a property portfolio”.

The most significant impediments to homeownership are the rising cost of housing and the number of down payments. According to Daily Mail, the Australian Bureau of Statistics reported earlier this month that the nation's 10.7 million residential units increased by 5%, or $487 billion, to $9.3 trillion in the September quarter. According to CoreLogic statistics, Australian house values increased by 22.2% in the year to November, the highest annual rate since early 1989.