Cat viral video: A short video clip of a sleeping cat doing rounds on social media where the cat suddenly awakes from the aroma of a dish. Watch 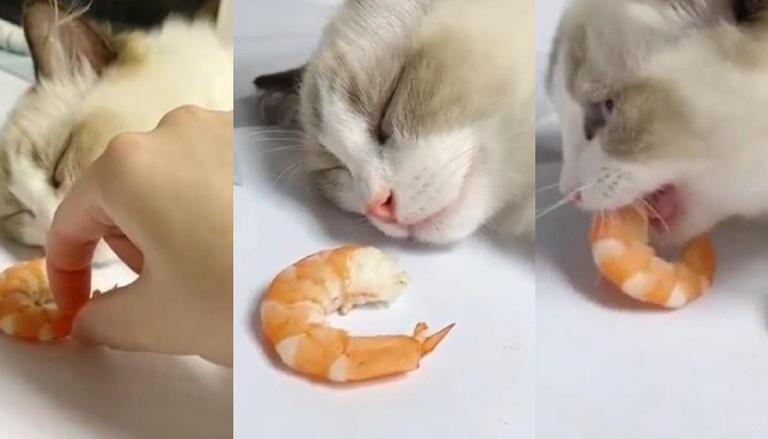 
Social media is updated daily with some of the most hilarious videos, and the best part about these videos is when animals are upto their cute antics. A short video clip of a Sleeping cat doing rounds on social media where the cat suddenly awakes as it smells the the aroma of a dish. Shared on Reddit, the video opens to show a cat sleeping in an extremely dreamy state, and a hand enters the frame keeping a shrimp right in front of the cat's mouth.

Interestingly, after waking up from the aroma of the dish, the cat grabs the snack as if she was dreaming about it. The video of the incident has left netizens chuckling and will surely tickle your laughing bones too. In the video, it is also seen that the cat is chewing something while sleeping, but the owner soon figures out what the four-legged companion wants and puts a piece of shrimp before the cat. 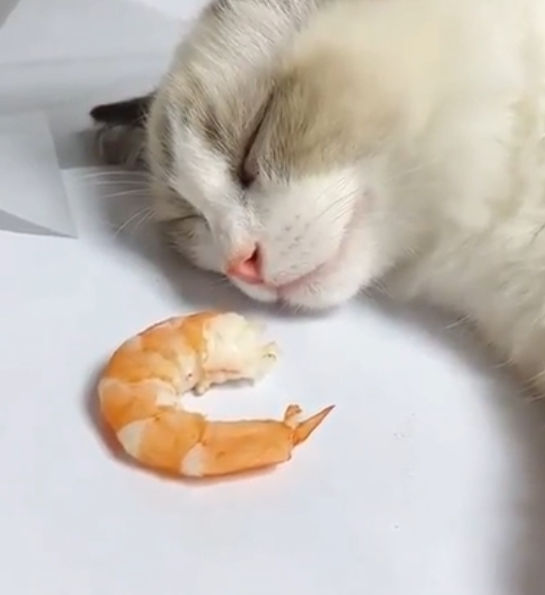 "I was just dreaming of this!" from aww

Sharing the video, the user captioned it as "I was dreaming of this!". The video also shows the fact that animals also dream in the same way as we humans do. Since the video went online it has garnered over 1.2 lakh upvotes and counting, with hundreds of comments and likes. 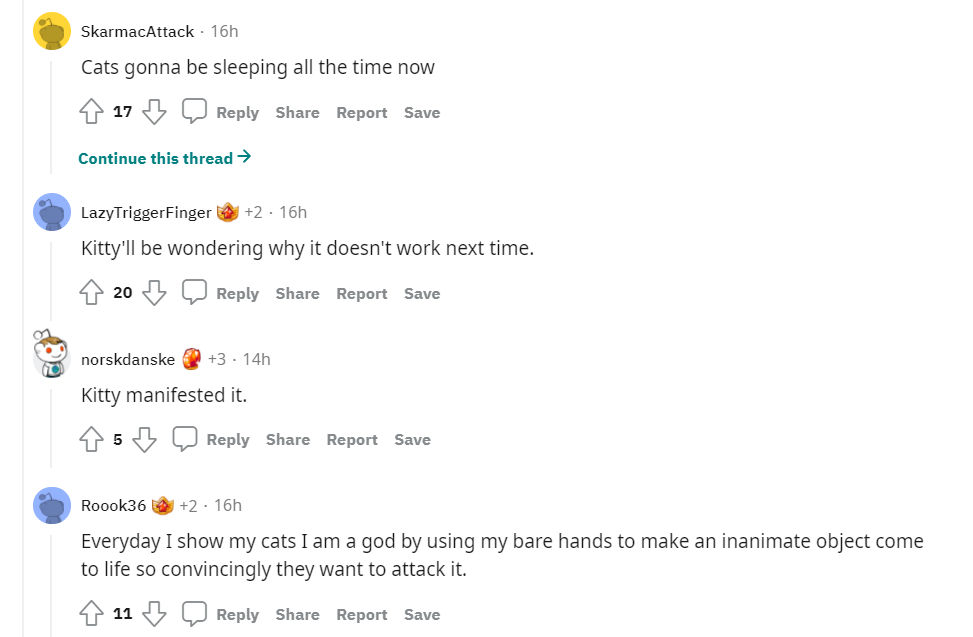 The share has prompted netizens to post their reactions to the video. One person, after watching the video, wrote," Omg! Another person came up with a logical remark. He said, "Next time, kitty will be wondering why it doesn’t work". A third person's comment read, "Cute". A fourth person wrote: "Cats are gonna be sleeping all the time".