Harsh Goenka's latest post is of the 2014 Wimbledon tournament where Serena Williams and her sister Venus were competing in the First Round at Wimbledon. 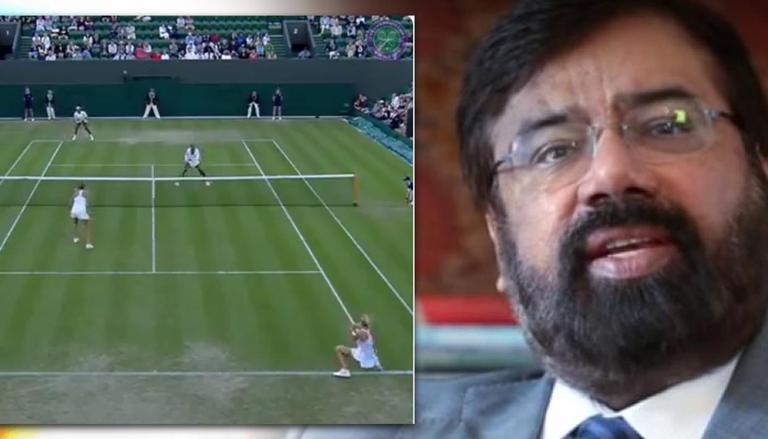 
The Chairman of RPG Enterprises, Harsh Goenka is again in the eyes of netizens because of his latest share on Twitter. Mr Goenka is quite popular on the Internet as he often shares relatable and viral posts. The latest post is of the 2014 Wimbledon tournament where Serena Williams and her sister Venus were competing in the Ladies' Doubles First Round at Wimbledon, against Georgian Oksana Kalashnikova and Ukrainian Olga Savchuk. It was originally shared by a Twitter user named Tarana Hussain, which Mr Harsh reshared not long after.

The ball landed on the tramlines

Serena Williams was the recipient of the service in the video, and she returned it with a deep forehand. The ball then landed on the tramlines as a result of Venus' volley shot, forcing Serena to rush down the baseline and plunge into the crowd. When one of the spectators managed to support the tennis star, the audience erupted in applause. She burst out laughing after being saved from a dangerous fall.

Harsh Goenka posted this video on Twitter, and it has already received over 11,000 views. It also invited a lot of comments. One Twitter user commented, "Got too much value of his ticket price. This type of lucky man found in millions."

Got too much value of his ticket price.This type of lucky man found in millions.

They should charge for extra service?

Saucily Beautiful!Thanks for Posting it.

Other popular posts from Harsh Goenka

Recently, Mr Goenka shared another post on Twitter, which got him a lot of attention. The post depicts a graph contrasting two pie charts showing how time is divided between working in the office and working at home. He wrote the caption, "Work from Home. exaggerated or true?"

In another post shared by Mr Goenka, a tiger can be seen howling while roaming through the woodland in a 30-second video. The industrialist also published a beautiful animated video on his Twitter account a while ago. The video was developed by the Bohra Sisters, who use charming GIFs and small pictures to illustrate their stories. A classic song by Lata Mangeshkar and Mukesh plays in the background of the video.