In what may be among the most bizarre weddings of all time, 'Mamata Banerjee' is going to take nuptial vows with 'Socialism' on June 13. 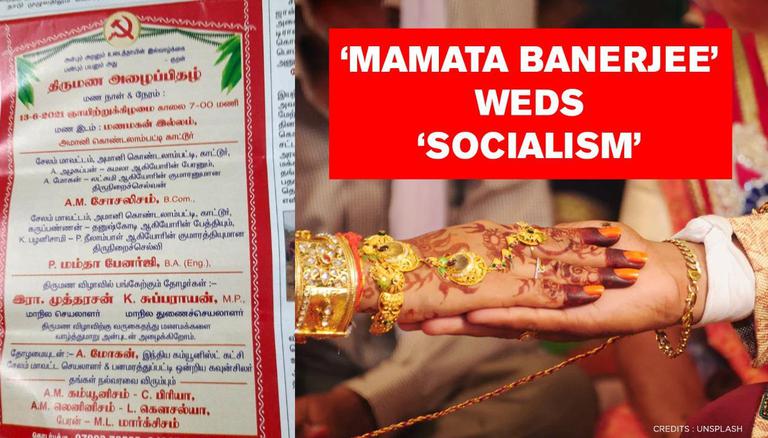 
In what may be among the most bizarre weddings of all time, 'Mamata Banerjee' is going to take nuptial vows with 'Socialism' on Sunday, June 13. Yes, you heard it right, the groom goes by the name 'Socialism' while the bride goes by the name 'Mamata Banerjee' (not the West Bengal Chief Minister), and the duo will be tying the knot, as per the invitation card, which reads, "Socialism weds Mamata Banerjee", with the time and venue mentioned, along with the name of groom’s elder brothers — AM Communism and AM Leninism.

Though the card may seem like a prank to many, family members of the couple have confirmed that the card is, in fact, real. 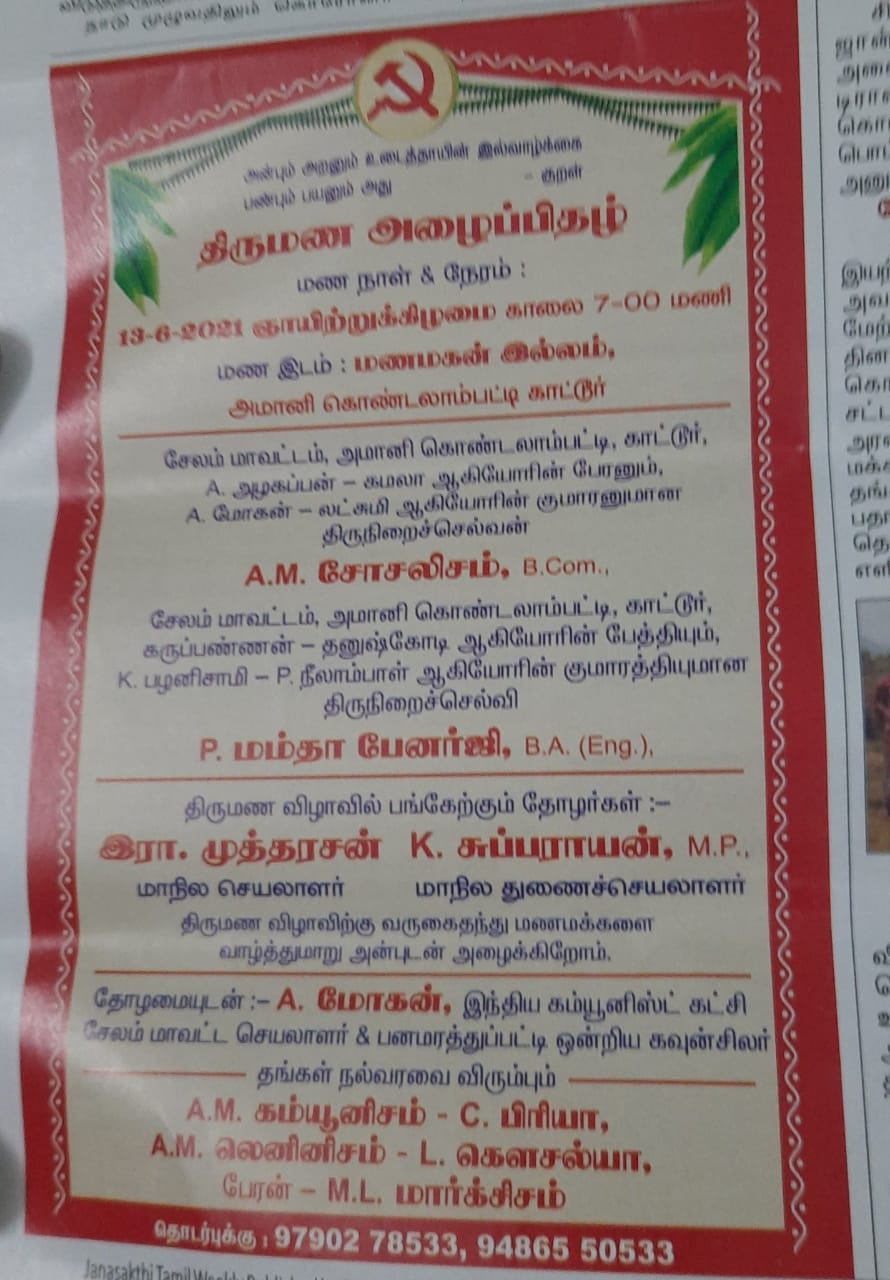 The groom's father, who happens to be the district secretary of CPI in Salem district of Tamil Nadu, Lenin Mohan, popularly known as A Mohan has been receiving calls in relation to the above-posted card.  While talking to a leading daily, Mohan asserted that he wanted to name his children after ideologies, which is why his son was named 'Socialism', and talking about the name of the bride, added that her grandfather, a Congressman, was very inspired by the actions of Mamata Banerjee and hence named his granddaughter after her. He then confirmed that the wedding was indeed taking place and since the family was unable to invite people to the wedding due to the COVID-19 pandemic, they chose not to print a physical invite. Instead, they published the card in ‘Jana Sakthi’, the Tamil mouthpiece of the CPI.