Morris explained that she was frantic after she discovered that her laptop went missing but a man texted her saying that her missing laptop was secured by him. 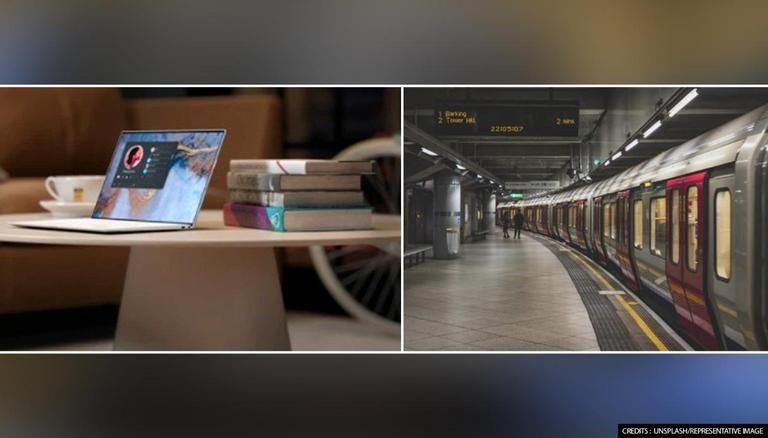 
A man is winning laurels on the internet for his integrity after he decided to return an unclaimed laptop left on the tube to the woman it belonged to. The kind-hearted man named Nihad, who was the passenger with the woman on the metro train traced her after locating her name on the laptop screen to return the device safely. The conversation exchange between the two was shared on a LinkedIn post by the victim Daisy Morris who had lost her item. The good samaritan managed to find her LinkedIn ID and texted her about her lost laptop, that Morris had made herculean efforts to find. “Human beings are incredible when they’re nice,” the woman who runs “her entire business on that laptop,” said. “We need more people like Nahid in the world,” she added, expressing gratitude for the stranger who took pains to locate her just to return her device.

Daisy Morris (She / Her) on LinkedIn: This morning I got off the tube...

In the detailed post, Morris explained that she was frantic after she discovered that her laptop had been “missing”. Narrating her ordeal, the woman said, “I got off the tube, walked halfway up the platform and realized my rucksack with my laptop in was still on the tube that had just left the platform.” She then elaborated on how she raced back to the subway station “then cried for a bit,” and let out curse words in frustration because her laptop was an essential part for her business. “I ran to the train conductor who told me he couldn’t get through to lost property and gave me a form,” Morris said, adding that she was then told to inquire after 7 days as that was the time frame for the authorities to probe into the lost objects and find their rightful owner.

“Ten mins later I was ready to head to Oxford Circus to get a new laptop,” Morris explained saying that she had actually headed to board the next tube to the central, as without the laptop she could not do her job. The woman said that she was struck with grief. However, shortly, her phone rang and it was Nihad on the other side of the line enquiring her name and giving her the good news that her laptop that she had accidentally left at the Shadwell station, was secure with him. The internet poured in heartfelt reactions, appreciating the man's commendable act.

“When I insisted that I pay my karma back he refused and told me it was a normal thing to do and he didn’t want repayment,” the woman said in a tone of gratitude. She continued, “I wanted to share this story because there’s a lot of negativity in the world atm and this whole situation my heart really bloody warm.” 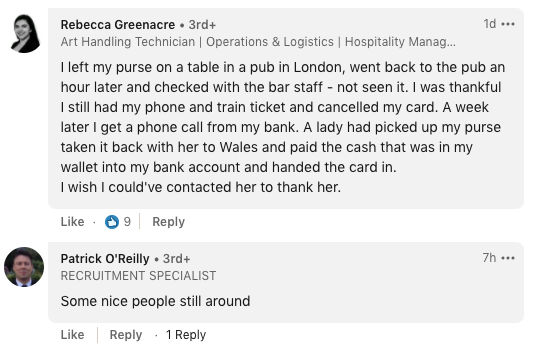 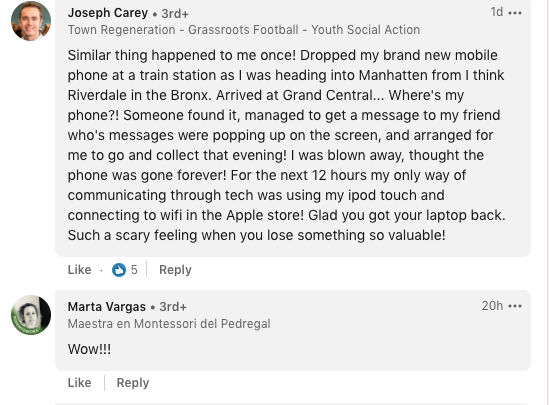 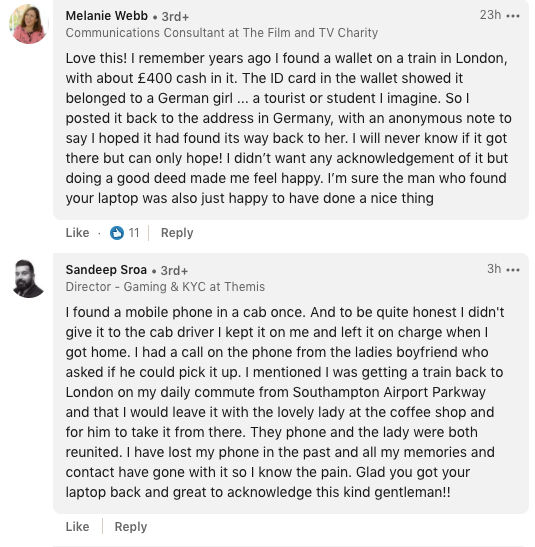