The University Museum of Bergen have unearthed ancient Iron Age settlements, and a 1,200-year-old Norse temple dedicated to Thor and Odin at Ose farm in Ørsta.

Archaeologists at The University Museum of Bergen have discovered the ancient Iron Age settlements, and a 1,200-year-old pagan temple dedicated to Thor and Odin at Ørsta municipality, Western Norway. A large area in the region was excavated that revealed several old homes from the Late Iron Age and Early Middle Ages. However, the excavations that led to finding a Viking Age ancient 'god house’ where sacrifices to Norse gods were offered has stunned archaeologists. “The most spectacular find from the excavation is a building, situated at the western end of the site,” the museum said in an online post.

The ancient nordic temple dug out is approximately 14 meters long and 7 meters wide, and is supported by sturdy wall posts, showing a bow walled structure with a rounded end. The interior of the building lacks the typical double rows of roof-supporting posts in its construction, commonly observed in the contemporary three-aisled longhouses, the archaeologists revealed. Further, the structure comprised of four large posts situated 3 x 3.5 meters apart.

“A handful of Southern Scandinavian buildings from central Late Iron Age sites such as Uppåkra in Southern Sweden and Tissø in Denmark display the same construction as the building at Ose,” the museum explained.

Unique finds of a pagan cult house from the Late Iron Age. In connection with the University Museum in Bergen's archaeological investigations at Ose in Ørsta, clear traces of a pagan temple (cult house / temple) have been revealed. It is the first time that such a well-preserved house structure of this type has been found in Norway. A large area by the farm Ose is regulated for the development of housing. In this connection, the Archaeological Section at the University Museum in Bergen, UiB, conducts archaeological release surveys. An area of â€‹â€‹about 8000 m2 has been investigated. The surveys have revealed traces of many buildings from several prehistoric periods. There are currently no radiocarbon dates, but the design of the houses testifies that there are both buildings from the pre-Roman Iron Age (500-0 BC) and from the Late Iron Age to the Middle Ages (575-1500 AD). The most remarkable cultural monument unearthed so far is traces of a building interpreted as a pagan temple. The house is located in the western part of the excavation field. Here, a large number of burials were discovered in the subsoil after house poles that tell us about the building's construction. In addition, remains of two fireplaces were discovered inside the house. The house has been 14 meters long and 7 meters wide. It had two slightly curved long sides with six strong roof-bearing pillars on each side. The gables have also been slightly curved. Inside the building, there are traces of four pillars that together form a 3 x 3.5 meter large square room. These pillars are interpreted as part of a tower-like structure in the center of the building. The temples of the gods are interpreted as a form of temples for the practice of religious worship associated with Odin and the other Norse gods.## #archeology #norse #odin #tempel #ørsta #sunnmøre #møreogromsdal #westernnorway @arkeologi_i_vest

Although, the discovered temple is interpreted as a pagan temple owing to its scale which is vast compared to the settlement at Ose pales. An area measuring 8000 m2 was investigated near the farm 'Ose'. Earlier, it was found in a survey that most buildings in the region belonged to prehistoric periods, although no radiocarbon dates were mentioned.

"Evidence of the worship of the old Nordic gods is previously known elsewhere in Norway, but this is the first find of a well-preserved temple, ” archaeologists said.

The pagan 'Gudehov', the iconic temple, nearly 14 meters long and 7 meters wide, was discovered in the western part of the region. The building comprised of a large square room measuring 3 x 3,5 meters, and six heavy roofing posts with tower-like construction. “The same house construction with towers is known from a handful of Southern Scandinavian buildings from the younger iron age,” archaeologists revealed. The temple has a wide mention in the Icelandic Sagal literature, and are called 'godhovs' where religious cult linked to Odin practiced rituals. “Images of Odin from the middle of the iron age and the hooves appear on the residence,” the museum said.

Sensational discovery. Archaeologists did not believe their own eyes when they found traces of a pagan temple, probably from the Viking Age. Never before has such a discovery been made in Norway. # Visualisation by @universitetsmuseet_i_bergen #ørsta #sunnmøre #møreogromsdal #vesternnorway #viking #pagan 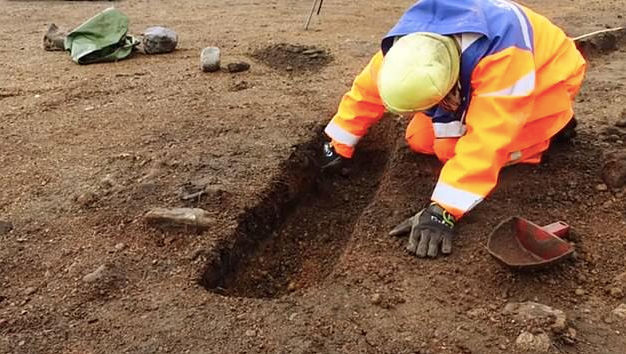 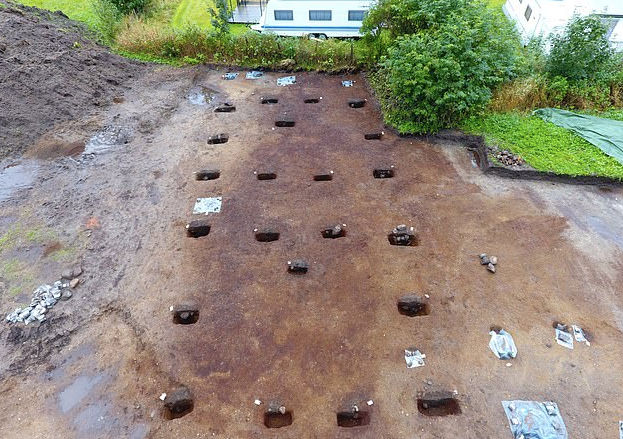 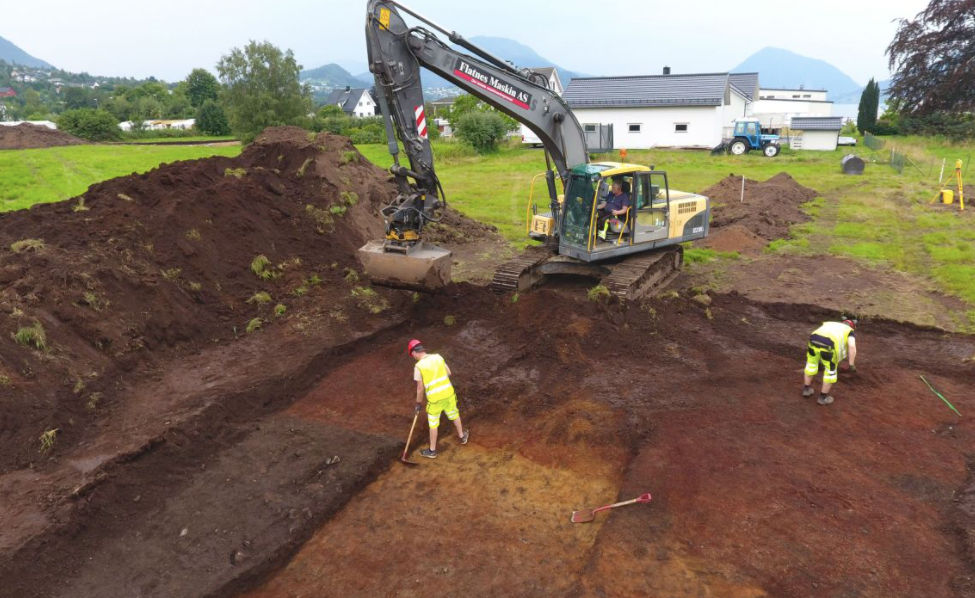 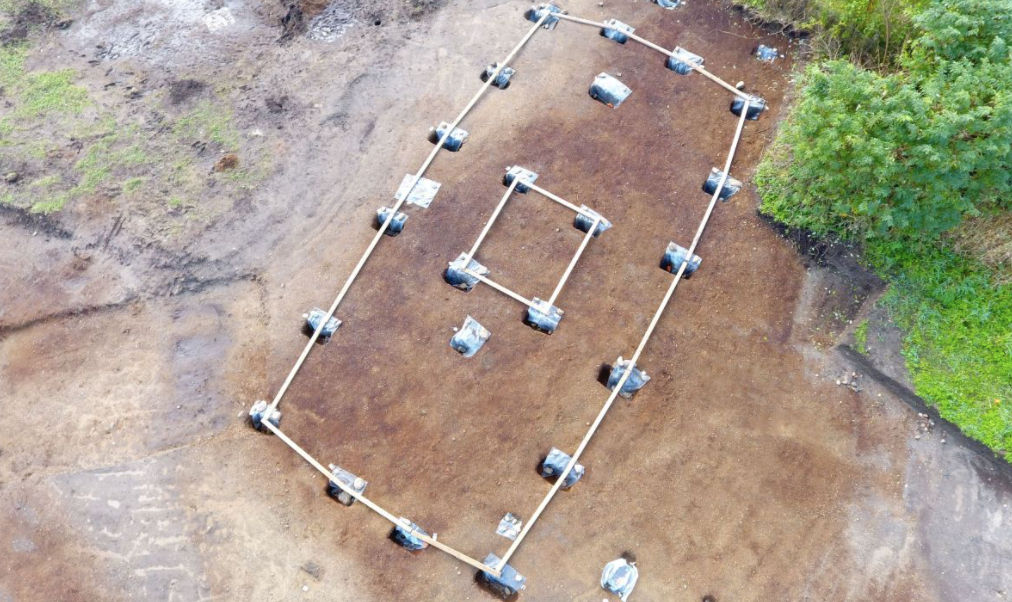 Read: Scientists To Spanish Politicians: 'You Rule But Don't Know'

WE RECOMMEND
2 weeks ago
Marlow Warlord's burial uncovered, could 'redraw map of post-Roman Britain'
3 weeks ago
Tatis and Myers homer twice as Padres stay alive with 11-9 win
10 months ago
Here's how the festival of Christmas came into being on December 25
3 months ago
Who Is The Weeping Monk In 'Cursed'? See the parallels between Cursed and Arthurian legend
1 year ago
Halloween 2019: History of Halloween festival and why it is fun