Indian Opener Rohit Sharma's wait for an overseas ton has finally ended. The team India Opener scored a century in the fourth test match against England. 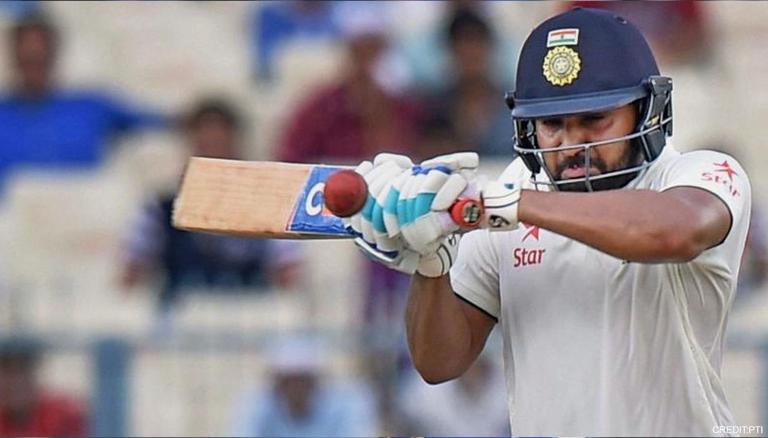 As Rohit Sharma raised his bat to acknowledge everyone after getting to his hundred, captain Virat Kohli and cricketers from the dressing room were overjoyed to see his batting performance. While the team India opener was applauded by his teammates, netizens too joined in the celebrations. Meanwhile, an old tweet of Rohit Sharma has grabbed the attention of netizens. His tweet from September 2016 read, "The greatest pleasure in life is doing what people say you cannot do".

READ | Overton: England will be raring to go with the new ball in hand on Day 4

Also for the all boys and girls out there...Success isn't instant, many years of smart & hard work will fruition at a point when you don't expect sometimes ❤️#ENGvIND pic.twitter.com/NK8q1KMJLL

You just lived your statment Rohit. Love you ♥️ https://t.co/91MPuwGewN

As Rohit Sharma notched up his maiden overseas Test century, it was skipper Virat Kohli's priceless reaction that stood out the most once Rohit breached the three-figure mark. The team India opener received a standing ovation from the Oval crowd and a flying kiss from his better half Ritika, but more importantly, captain Virat Kohli was a very happy man in the dressing room as he was on his feet applauding what could well turn out to be a match-defining knock for Team India. As far as the fourth Test match is concerned, India is batting at 353 for 6 as India extended their lead to 254 on Day 4 of the Oval Test against England.