After being released, the trailer of 'Spider-Man: No Way Home' trended the whole day on social media also triggering hilarious memes by netizens. 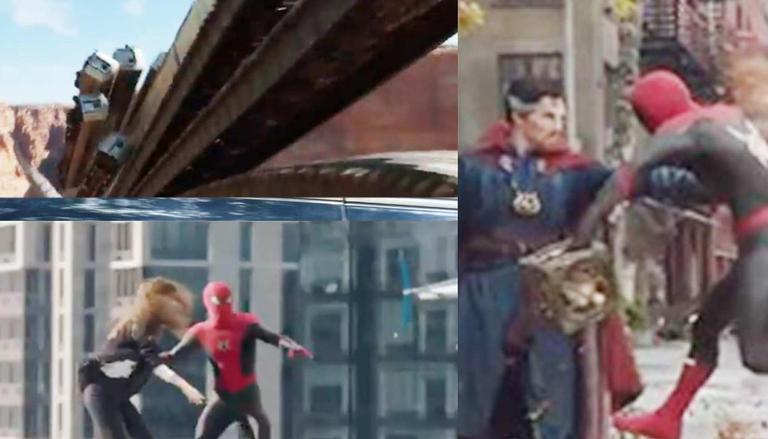 
The trailer of the much-anticipated film Spider-Man: No Way Home was released on Tuesday a day after it was allegedly leaked online. It has been launched in English, Tamil, Hindi and Telugu languages. The film starring Tom Holland as Spiderman will be released on December 17. The film also features Benedict Cumberbatch as Doctor Strange and Alfred Molina as Doctor Octopus who returned to play the character after 16 years. He had essayed the same role in Spiderman which was released in 2004. The trailer has been liked by people as it shows the movie focusing on the multiverse and how Peter Parker-Dr Strange team-up. After being released online, the trailer trended the whole day on social media and also triggered hilarious memes online.

Here are some memes shared by users:

When my brother tells me I’m beautiful and compliments me: pic.twitter.com/6u2NYz1MwZ

When app says do you want to share your location.
Me : pic.twitter.com/as8jQaZ07N

The film is based on the Marvel Comics character Spider-Man

The trailer has also gone viral since it was shared on Spider-Man: No Way Home official handle. It has garnered one million likes, besides over 14,000 comments and more than 5 lakh retweets. The film is an upcoming American superhero film based on the Marvel Comics character Spider-Man, co-produced by Columbia Pictures and Marvel Studios. Besides being the 27th film in the Marvel Cinematic Universe (MCU), it is also intended to be a sequel to the earlier Spider-Man movies: Spider-Man: Homecoming (2017) and Spider-Man: Far From Home (2019). It will narrate the story of how Parker seeks out the help of Stephen Strange to help make his identity as Spider-Man a secret again, leading to a dangerous alternative.