The surfing Instructor alerted his students on shark attacks. He, himself was attacked by a shark on the same day and shared the incident on Facebook. 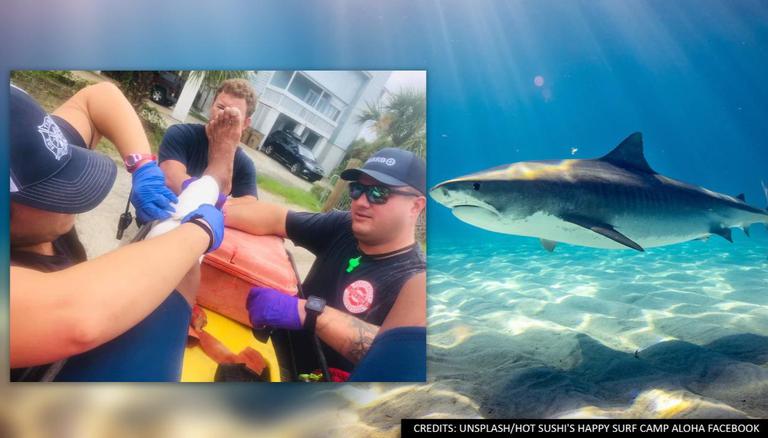 
A Georgia Surf Instructor, Atsushi Yamada opened about the incident when he was attacked by a shark during a lesson on Tuesday. The surfing instructor took to his official Facebook account and shared the mishappening. He said that he was 'super-duper thankful' as he was the only one in the water during the attack. He told WBRC that he was sitting on his board, helping one of his students back to shore when a shark bit him on the leg. Further, he said that he remained calm and wrapped his leg after returning to the shore. Take a look at the video below.

During the incident, Yamada was teaching his students how to avoid shark attacks. He expressed his gratitude that it was him, not any of his students that got attacked. After getting admitted to the hospital, he underwent an “intense painful deep cleaning process” and received numerous stitches. He wrote in a Facebook post, “It has been much much worse so feel very lucky enough just got out from the ER. At the same time, I was trying my best not to let my wonderful amazing brave campers to panic or seeing me getting injured in front of them." He also thanked everyone for their support and said,  “It could happen to anyone at any time anywhere pretty much."

Another video went viral of Shark Bites Off Paraglider's Foot

In a shocking incident, a man was attacked by a shark while he was paragliding on July 7, 2021. In the video, a 37-year-old Jordanian man can be seen hovering above the water when the shark leaps out and bites him on the leg in Aqaba, Jordan. It was reported that the man had lost the back part of his foot, several tendons, and was left with torn muscles and broken bones. The video uploaded by Twitter user Beyrouth007 shows a man paragliding above the water when suddenly a shark emerges. As soon as the man touched the water, the shark bit him on his leg. After the attack, the shark flew through the water and the victim glided back into the air. Watch the video here: