Russian couple Anton and Nina Bogdanov had a terrifying experience after being forced to go 10 days without food, hanging to trees to avoid becoming bear prey. 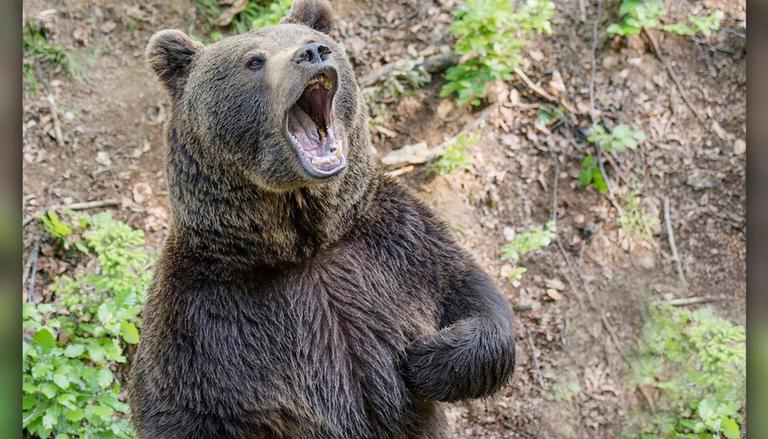 
Russian couple Anton and Nina Bogdanov had a terrifying experience after being forced to go 10 days without food and hanging to trees to avoid becoming bear prey. They had taken a trip to eastern Russia's Banniye thermal springs. Unfortunately, in the Kamchatka region, their Mitsubishi Pajero became caught in a deep puddle. The couple slept in their SUV for the night before seeking assistance at a tourist station near the springs. Because there was no mobile signal, they had no choice but to leave their current location.

Couple didn't know about the bear because it was quiet

"Left for the base, Two people”, they wrote on the glass of their SUV as they were both aware of the bear threat. The duo was being pursued by a grizzly on their way to the base camp. They weren't even aware that there was a bear behind them at first because it was so quiet. The couple attempted to scare the creature away after spotting him.

The bear initially moved backwards, giving the impression that he had been scared. This was not the case, as it came up behind them. To save their lives, the two of them ran 200 yards down a slope towards a river. Nina revealed that her husband was almost attacked by the bear at one point. She threw her water bottle at the animal to distract him at the time, and her husband climbed a tree in the meantime. The bear had been guarding both of them for two days, according to the woman, and they had no choice but to take turns sleeping.

They were saved after 10 days

After two days, when the bear appeared to have backed off, the two decided to plunge into the river. They had no choice but to climb another tree to save their lives because the bear was still following them. They were able to move a short distance in the direction of their vehicle. When they finally arrived at their SUV, they noticed vehicles approaching them for assistance. When they arrived at their car, they were discovered by a saviour named Artur. The pair stated that they will never forget the ten days they spent trying to save their lives.