'True Friends Have Your Back': Video Of Turtles Helping Struggling Companion Wins Hearts

A video has been doing rounds on the internet, where a group of turtles comes together to help the turtle which was turned upside down in the water. 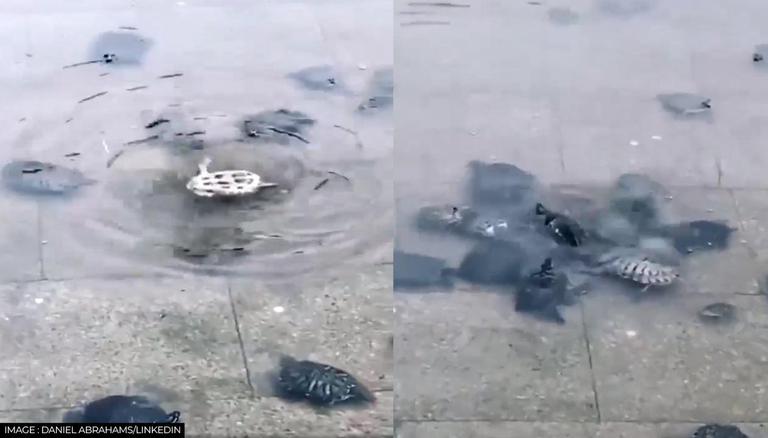 
There are many quotes about true friendship and a true friend, and one of them reads, "True friends are like stars. You don't always see them, but you know they are there". Proving this adage, a video has been doing rounds on the internet, where a group of turtles comes together to help the one which was turned upside down.

The viral video opens up to show a turtle getting accidentally flipped upside down. However, the turtle was seen trying to turn itself back to its original position but despite all attempts, it couldn't. As the video progressed, it can be seen that the group of turtles started approaching the one which was in trouble and they collectively helped the turtle to turn back to its position. The video was shared on LinkedIn by a user name Daniel Abrahams. Sharing the video, he wrote, "True friends always have your back".

'At first glance I love it', netizens' reactions

The video has gained traction online and has won the hearts of many. The post received thousands of views and likes. Many netizens were impressed by the message of how friends are the go-to people in adversities. A user wrote, "What a great life lesson!". "This is a vivid example of team spirit, all the turtles are together to solve one's problem," remarked another. One of the other comments read, "Always be good to the people on your way up the ladder, cuz you’ll sure need them on your way down."