United plane was supposed to land on 0L9, the air traffic controller in a slip of tongue had uttered ‘09R’ where an EasyJet Airbus A320 was taking off. 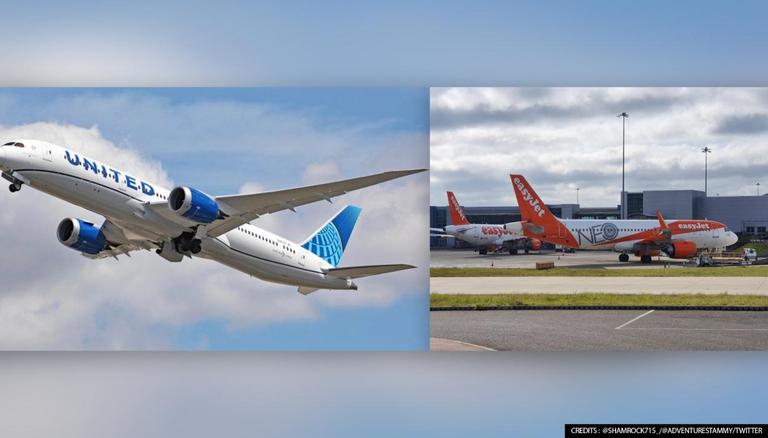 
The United Airlines Boeing 787 was about to land on the runway on July 20 last year as the EasyJet Airbus A320 prepared to take off en route to Malaga, Spain when the two aircraft escaped ‘deadly head-on collision’ despite coming within few feet from each other. The then averted plane crash may have been caused due to what the authorities have recently found out “a slip of tongue” by an air traffic controller. The two aircraft with passengers aboard had a near-disaster experience at Charles de Gaulle airport, Paris after the tower controller “mistakenly” approved the landing for the United flight from Newark, New Jersey, saying that the runway was clear—’09 right!’.

Carrying at least 73 people inside its spacious airliner, United Airlines jet descended with exorbitant speed for a touchdown on the runway that had EasyJet plane preparing to take off. The two aircraft were seconds away when the eagle-eyed pilots on the EasyJet Airbus A320 saw the United Boeing 787 bearing down on the 09R runway where they were taking off.

Although the United plane was supposed to land on 0L9, the air traffic controller in a slip of tongue had uttered ‘09R’, France’s Bureau of Enquiry and Analysis for Civil Aviation Safety concluded in a review report published Tuesday. It said, that the United Airlines pilots sought to enquire runway change repeating “understand, sidestep for 9 right.” But the controller did not check the response and instructed EasyJet flight to take off from 09R. That day, the landings were being carried out on runway 09 left, while the take-offs were happening from runway 09 right.

As the United Airlines plane came in full view to the EasyJet pilots at an altitude of 300 feet and just over 4,200 feet from the end of the runway, they sounded panic alerts to the controllers about “a plane” headed in their direction “manoeuvring to 09R.” With the distance of just 300 feet between the two planes that would have led to a deadly crash, the ATC instructed United Airlines flight “not to land!”

Meanwhile, an Air France Boeing 787 was also requesting to land on runway 09 right due to a technical glitch, that confused the controller. United plane’s American pilot used the non-standard word ‘understand' instead of ‘confirm’ which the French controller failed to understand as it is an English language expression.’Understand cleared to land 09 Right, sidestep for 9 Right United 57’ was what the United plane’s pilots repeated instead of reconfirming, as per the review report. Pilots for EasyJet Airbus A320 bound for Malaga, however, acted at the right time as they saw Boeing less than a mile away approaching at the speed of 160mph. The pilots yelled at United, “Go around 09 right! Go around!” This is when the plane aborted the landing and redirected its path.

READ | Russian plane that went missing with 17 onboard found to have made hard landing in Siberia
READ | Germany: 3 dead in Steinenbronn plane crash; Search Op & investigation on cause underway
READ | Somalia: Skyward plane with over 40 people crash lands in military base, no casualties