The 76th United Nations General Assembly (UNGA) is currently in session, and the UN has gotten on the trend to educate and raise awareness. 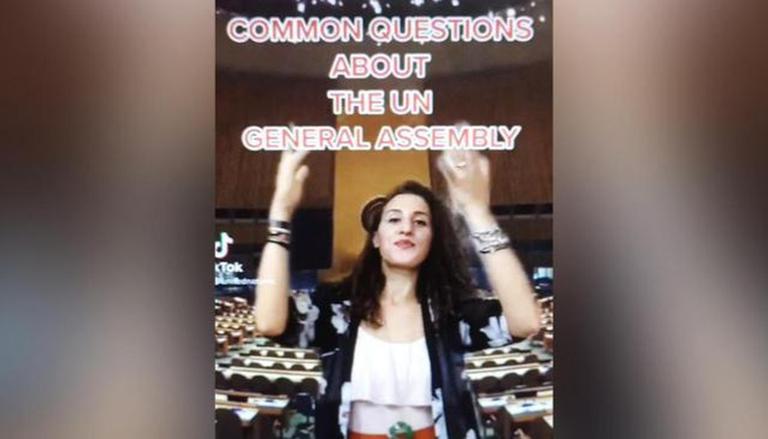 
UN jumps on the bandwagon of “Questions I get asked" TikTok trends. The 76th United Nations General Assembly (UNGA) is currently in session, and the UN has gotten on the trend to educate and raise awareness. The international organisation, On September 19, uploaded a video on Twitter.

A woman was seen executing the ubiquitous TikTok ‘Questions I Get Asked' trend in the 15-second clip. While answering questions, people are required to make odd hand motions in sync with the track. The woman in the video did just that, answering a variety of frequently asked questions regarding the United Nations General Assembly.

👉 As the 76th #UNGA gets underway, check out our latest video to learn more about the UN General Assembly! https://t.co/E6fmHYwo1d pic.twitter.com/JNzhjDBh9k

She answered queries such as, "What is the United Nations General Assembly?" and "Who all are it’s members?" The video has received 242.4k view and is still growing. Netizens were quick to express their opinions in the comments.

少なくとも、若者がUNとか国際問題に関心を持つきっかけになればいいけど😂
Hope it will make young generation interested in UN and international problems, at least😂

Y’all should have used a @BTS_twt sound on TikTok, you would have gotten a lot more interest

While some users hailed the UN's move, many criticised it.

No but they are making videos of girls dancing on tiktok, so you cannot say they are not working at all.