A 1933 US gold coin has been sold at a Sotheby's auction in New York City for a record $18.9 million on June 8. Stuart Weitzman sold the gold coin to a bidder. 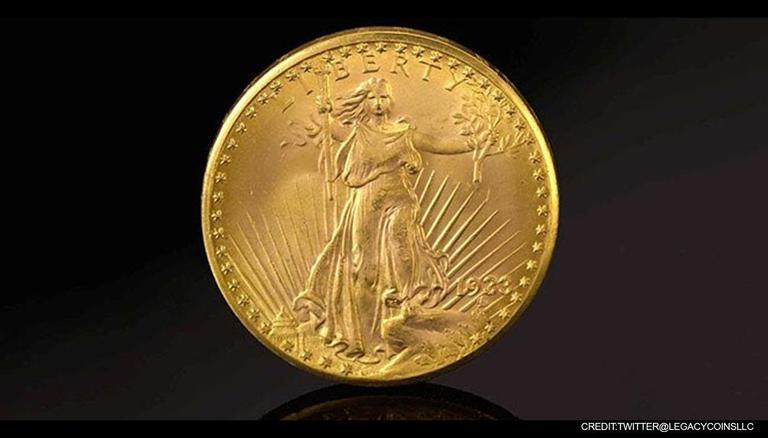 
A 1933 US gold coin has been sold at a Sotheby's auction in New York City for a record $18.9 million. The auction house described the 1933 Double Eagle coin as the last American gold coins struck for circulation but was never used. The Double Eagle coin has an image of Liberty on one side and an American eagle on the other.

The 1933 gold coin was sold by shoe designer Stuart Weitzman, who acquired it in 2002. Weitzman sold the gold coin to a bidder whose identity was not revealed. The only 1933 Double Eagle ever allowed to be privately owned, was expected to be sold between $10 million to $15 million but it was sold for $18.9 million. It was designed by renowned sculptor Augustus Saint-Gaudens at the behest of President Theodore Roosevelt.

The coin has an image of Liberty striding forward on the obverse, with the American eagle in flight on the reverse and is lauded as America’s most beautiful coin design, Sotheby's said in a statement. The gold coin was the last coin for circulation but it was never issued as President Franklin Roosevelt in 1933, as part of his effort to lift America's economy out of the Great Depression took the country off the gold standard.

Most of the gold coins of that time were destroyed and declared illegal to own except for the one gold coin sold on June 8. The coin had belonged for a time to King Farouk of Egypt and was later seized in a secret service sting operation at the Waldorf Astoria in New York. After a five-year legal battle, which unearthed the improvidently issued export license, the case was settled and the government allowed this single 1933 Double Eagle to be privately owned.

READ | Basquiat painting 'In This Case' sold for $93.1 million at Christie's auction in New York