US: Man Sets Record For Pushing Peanut Up The Mountain Using His Nose

Bob Salem took seven days to cover the 20-kilometre trek to arrive at the top of Pikes Peak in Colorado, US. 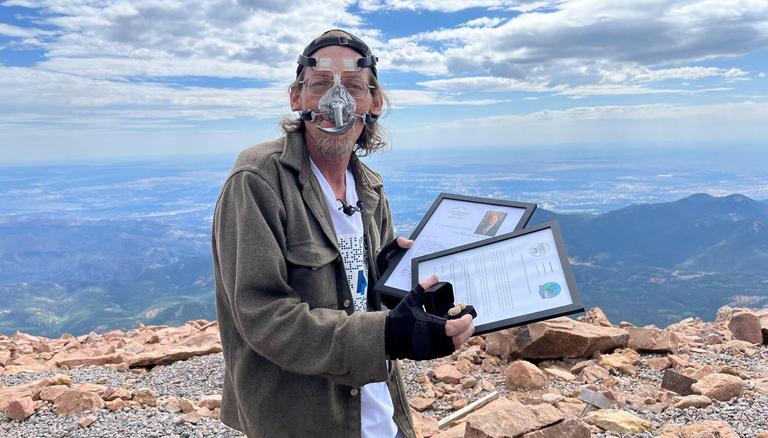 Interestingly, the 53-year-old man named Bob Salem has created history by becoming the first person in the 21st Century to push a peanut up Pikes Peak with his nose. He is actually the fourth person to attempt this unrealistic and unimaginable feat. He also completed his task in a day less than the previous record holder.

Bob Salem took seven days to cover the 20-kilometre trek to arrive at the top of Pikes Peak in Colorado.

Salem started his efforts at 9 a.m. on July 9 and ended the task on July 15, creating a record. The City of Manitou Springs Government even shared the video of the same on its Facebook account. In the video, the man was seen receiving cheers from the watchers. He also received a letter from the City of Manitou Springs, and a letter from Mayor John Suthers with the City of Colorado Springs.

Speaking on this history-making feat, Salem stated, “There is no city like Manitou Springs.” He continued, “I am excited to be the one to bring around this bit of history to celebrate Manitou Springs’ 150th Celebration. I hope everyone takes the time to visit and indulge in the rich history the Pikes Peak area represents. You won't want to leave.”

Since being shared the video has garnered over 9700 views and about 60 reactions.