A viral video shows the reaction of a kid after tasting funnel cake for the first time. The viral video of the toddler's reaction is too good to miss. 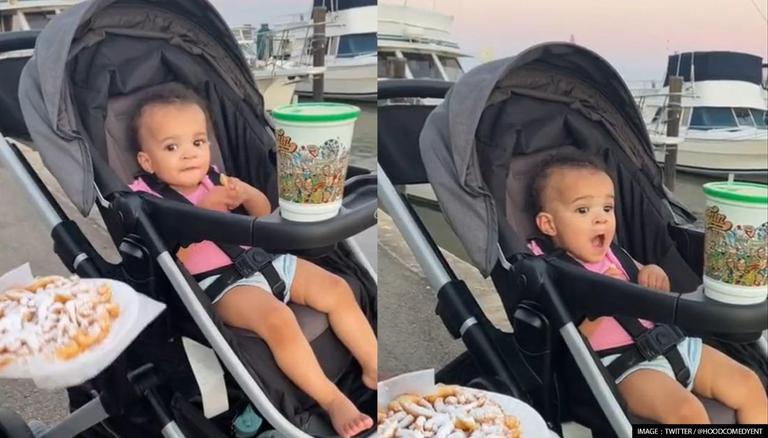 
Toddler activities are always fun to watch and their adorable acts are pleasing to look at for a vast section of viewers on the internet. In one such video that is making headlines, it showed the reaction of a kid after tasting funnel cake for the first time.

The viral video of the toddler's reaction is too cute to miss.

The viral video opens up to show the kid sitting in a stroller. As the video progressed, a person was seen feeding a piece of the cake to her. Initially, she took a bite and chewed her food without many reactions. However, after a few moments, the video showcases her surprised reaction. The video was originally shared on TikTok and it went viral after being re-shared on Twitter handle Hood Comedy. “That funnel cake changed her life,” reads the caption posted along with the video.

READ | Justin Timberlake takes a dig at himself over viral dancing clip; 'I want to apologise..'

Netizens say, 'Oh I feel her'

The video has grabbed the attention of many on the internet and has garnered around 1.9 million views. The video has also accumulated several retweets and likes, it has prompted many to express their views, "Bruh you daughter's reaction...It hit me right in the heart," a user wrote. The second user spelt, "Oh yeah she’s gonna be a foodie". The third user expressed, "I’ve had 50 funnel cakes in my life and this is my reaction every single time I eat one lol."