Woman Falls 60-feet Off Cliff Edge Onto Rocks, Doctors Amazed How She Survived

Rebekah Crawford survived after falling 60-feet off cliff edge onto rocks. Doctors were amazed at how she survived. 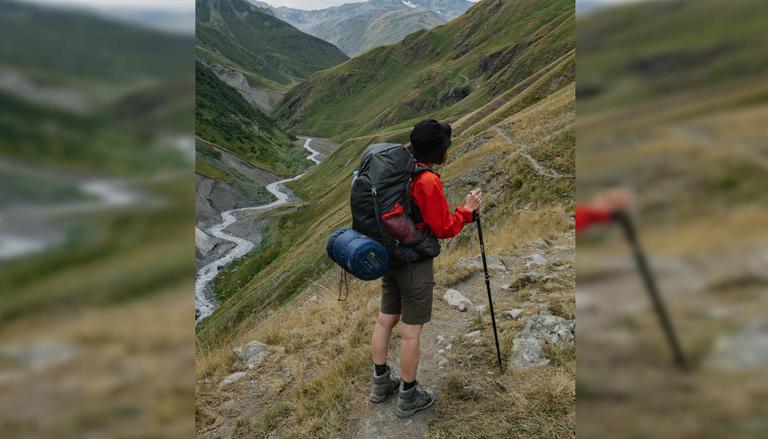 Crawford was trekking in a narrow street near the Lamorna Cave when she fell to the side and crossed 60 feet onto rocks. Fortunately, rescuers were able to reach her just on time. She was then airlifted to Royal Cornwall Hospital for treatment. Crawford suffered from six spinal lumbar spine fractures and needed stitches on her face.

Remembering her near-death experience Rebekah Crawford said that she couldn't remember the point when she fell 60ft down the cliff, there was nothing underneath. She further stated that she was trying to claw the grass but her head hit the rock on the bottom, which was very painful.

Her sister Debs said that it was like the movies - 'the body just relaxes and falls to the rocks as it moves.' Debs further added that she distinctly remembers when the helicopter overhead and the Cornwall Air Ambulance came into view and I remember breathing a sigh of relief.

The steep cliffs and loose terrain suggested the helicopter needed to land on a headland far away with crucial care paramedics Pete Storer and Jeremy Griffiths making the rest of the journey taking walks with all their equipment.

They have been joined via medical doctor from The British association for immediate Care and the Land's quit Coastguard Rescue team.

How Rebekah was saved

Paramedics team Pete Storer and Jeremy Griffiths reached their medical gadget. They were joined via a doctor from fundamentals and the Land's stop Coastguard Rescue team. Pete Storer, the vital Care Paramedic, said that it was is one of the maximum hazardous regions he had ever laboured in.

He continued by stating that they knew that Rebekah was in a great deal of pain. She was suspected to have a spinal injury and internal bleeding from the fall. Areal was the only way to bring Rebekah safely

The crew secured Rebekah and their equipment safely to the cliff while they waited for the search and rescue helicopter.