Fact Check - Can Government Read WhatsApp Chats Based On The Number Of Ticks You See?

Can government read Whatsapp chats? Can WhatsApp be monitored by the government? Here's the truth behind the viral message doing rounds on Whatsapp.

As the coronavirus pandemic has given rise to the number of fake stories going around on the internet. There is a certain level of paranoia amid internet users fueled d by the fake stories going around. Be it WhatsApp forwards or social media posts, the amount of fake pieces of information at the disposal of internet users is immense. One such fake message has now come to light. 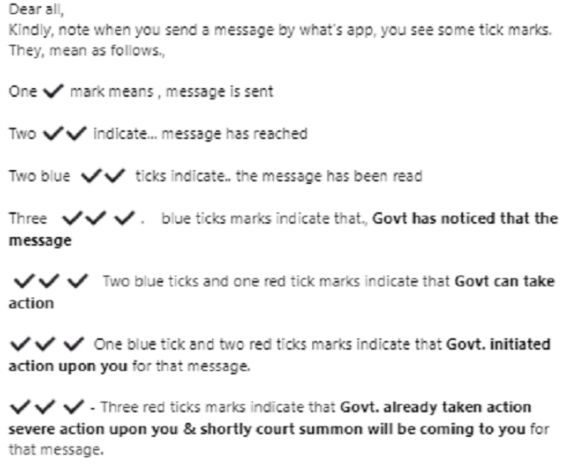 Also read: Fact Check: Were a group of Whales spotted near the 'Bombay High' Oil Rig?

Messages circulating on Social Media reading 'WhatsApp info regarding √ tick marks' is #FAKE.#PIBFactCheck : No! The Government is doing no such thing. The message is #FAKE.

This certain message first started doing rounds on WhatsApp messenger. The message was then shared multiple times on various WhatsApp groups. But, the WhatsApp three ticks message did not hold any credibility to it.

As the fake message started going around on WhatsApp, people were quick to search whether it was true. This resulted in a number of people searching for the same on Google. Check it out below - 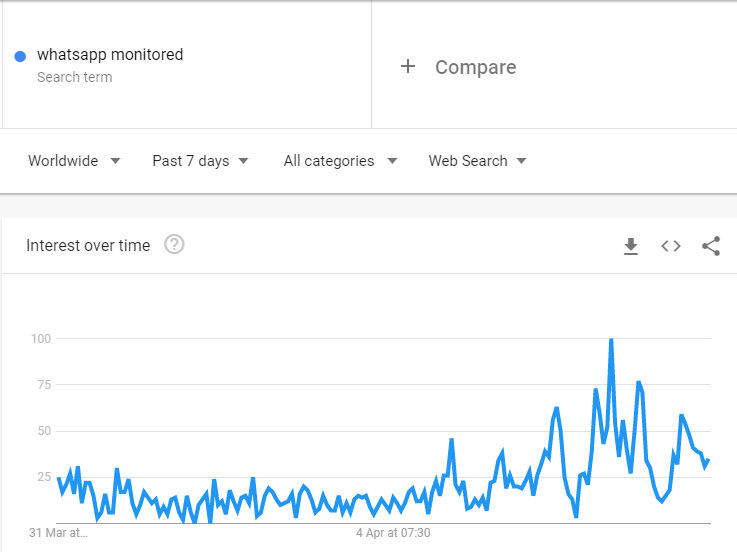