Fact Check: A report was circulated on social media and media sources with visuals of the Solapur airport fire after 9 PM candlelight vigil of April 5. Read

While the whole world is struggling with the coronavirus, posts containing fake news going viral are becoming a nuisance as well. In a recent viral post shared on social media as well as other media portals, news regarding the Solapur airport broke out. These posts claimed that Solapur airport caught fire on the night of April 5 at 9 PM when PM Narendra Modi had asked the citizens of India to light a candle.

The headlines of many news sources and even social media portals claimed that the Solapur airport caught fire after some people started bursting crackers instead of lighting candles. The video and the news were shared by many on their social media accounts. They talked about how the 9 PM 9 Minutes were taken too far and it led to an accident.

ALSO READ | Fact Check: Will Calls Get Recorded According To New Communication Rules?

The most important part of this post and news is that the videos shared by the people on Twitter as well as on media sources are fake. A video was found on YouTube by a Twitter user which shows a news report by a regional channel of the Solapur airport catching fire. This video was uploaded on February 3, 2020, and has the same visuals and videos from the ones that were allegedly claimed to be of April 5 on Twitter. While there was a fire incident at the Solapur airport on April 5, there is no evidence that it was due to the candlelight vigil.

The news sources and social media users shared videos and visuals which talked about the Solapur airport catching fire after the candlelight vigil at 9 PM on April 5. While these videos are of a fire at the airport, they belong to an incident that happened in February 2020. The Airports Authority of India tweeted that the fire incident was taken care of and that no damage was caused to the airport property.

Alert Airport Fire Safety Team, Solapur Airport along with City Fire Brigade extinguished the sudden grass fire that broke out in the operational area of the airport yesterday night. No damage caused to the airport property and no adverse impact on airport operations. #AAI 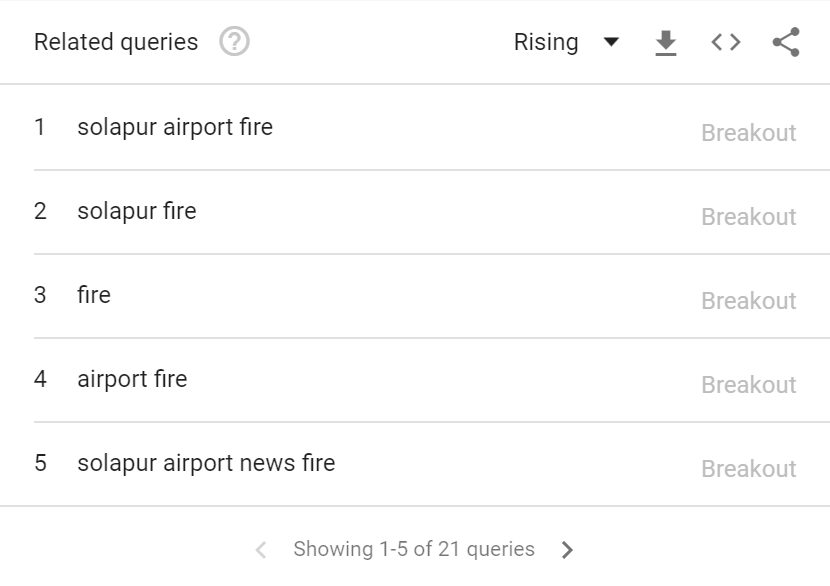 PEOPLE HAVE PLEDGED SO FAR
LATEST NEWS
View all
2 days ago
Fact check: did the us have no deaths due to the flu in 2020?
1 day ago
Fact check: have italian doctors found a cure for coronavirus?
2 weeks ago
Fact check: is there a proposal for a 30% deduction in government employees' salaries?