Fact Check: Was A Malabar Civet Spotted In India Due To The Coronavirus Lockdown?

Fact Check: A recent video on social media claimed that the Malabar civet was spotted in India which has since then been proven wrong. Read below for details.

The ongoing Coronavirus pandemic is evidently one of the biggest threats faced globally. The outbreak has evidently put the world on hold as various industries have shut down indefinitely. Various major countries across the globe have been put on lockdown which has resulted in little to no human activities taking place in once crowded places. As humans around the world seem to be in lockdown, animals have found a never before experienced freedom to walk around human civilizations without feeling threatened by humans. Various videos and photos of animals walking around in cities have surfaced on the internet in recent days, but various fake videos have also been going around.

The short clip was first uploaded on March 26, 2020, and received over nine thousand comments within a few days with over 1.6 million views. People started claiming that the sighting of a rare animal like the Malabar civet was because of the Coronavirus lockdown. People were also quick to claim that as human activities reduce, more extinct animals will walk on earth yet again. The same video was also circulated on WhatsApp heavily. Check it out below - 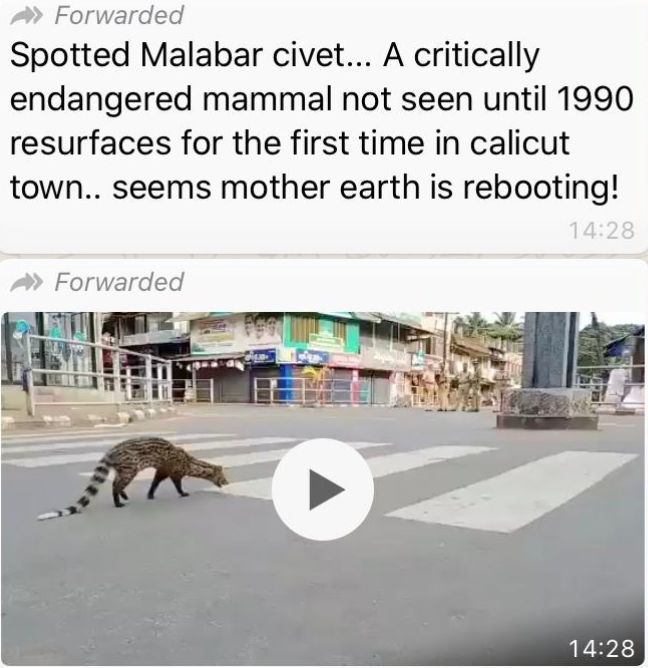 The fake Malabar civet sighting video quickly became viral on the internet. Expectedly, various internet users took to Google and searched for the Malabar civet video which resulted in an upward trend on Google search volumes. Check it out below - 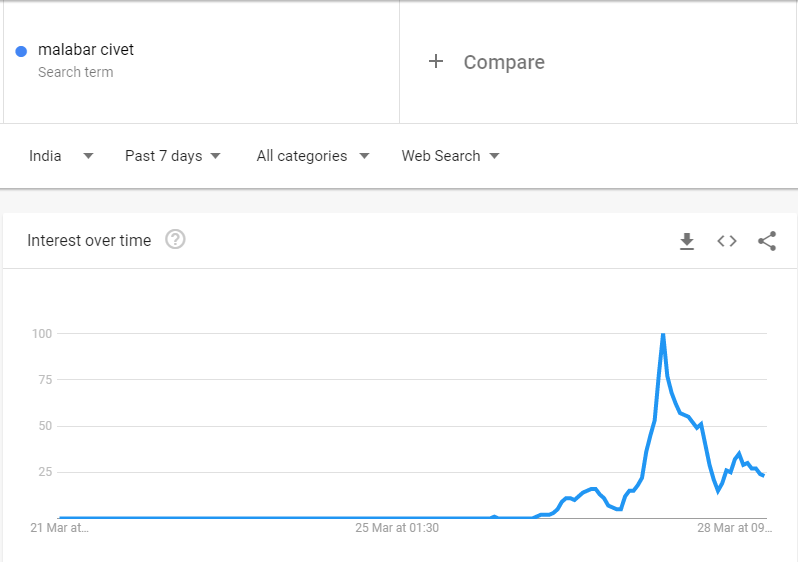