Republic World fact-checked and found that official Twitter page of India's Union Territory Ladakh has not changed its name to 'Gilgit-Baltistan, Ladakh'

On Tuesday, many Twitter users started sharing a screenshot of a page 'Gilgit-Baltistan, Ladakh (U.T), India', claiming it to be an official page of UT Ladakh. As the screenshot went viral, the Twitter page which has only three tweets, received 31.9K followers. 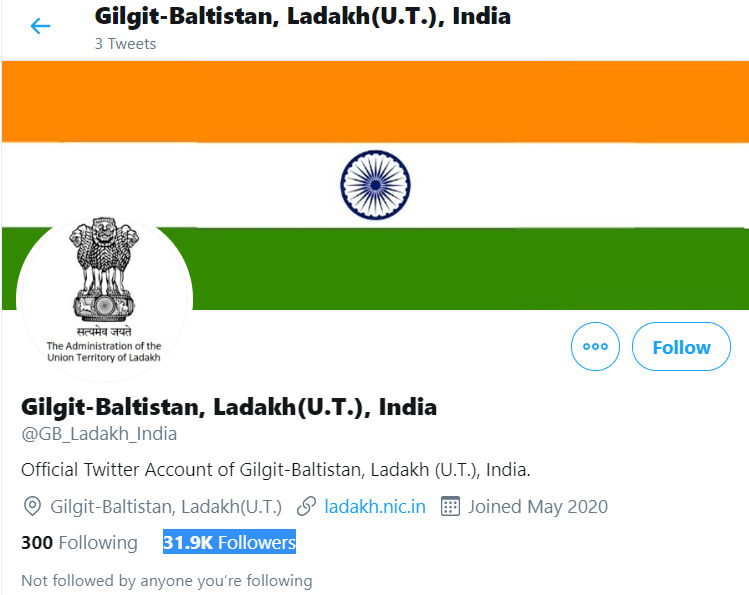 When Republic World fact-checked the page, it observed that the handle did not have a blue tick and was not followed by any other official pages of the Indian administration. On Wednesday morning, the PIB said that the page is Fake. Taking to Twitter, it cautioned against the imposters and tagged two official handles of the Ladakh administration. While those handles also are not verified (no blue tick), they are followed by PIB.

There is NO other official account of Govt. of UT of Ladakh. BEWARE OF IMPOSTERS. @PMOIndia @HMOIndia https://t.co/LR6MdiED9M

These are the two official Twitter handles of the Ladakh administration as mentioned by PIB. 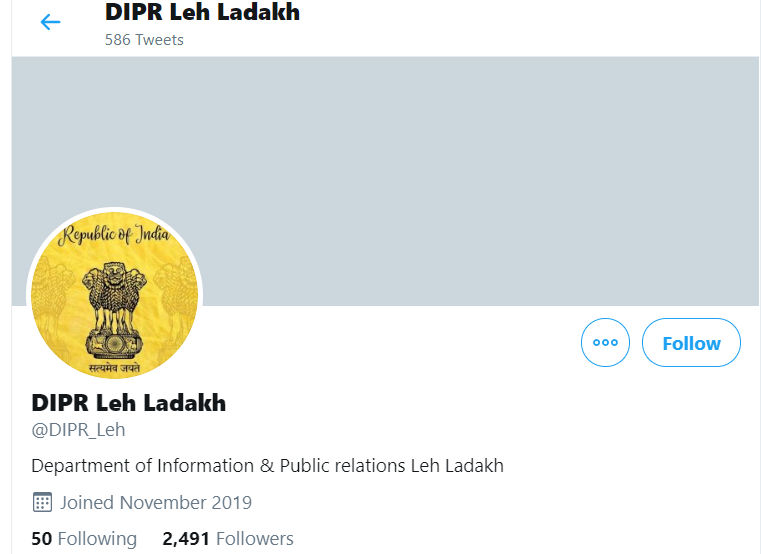 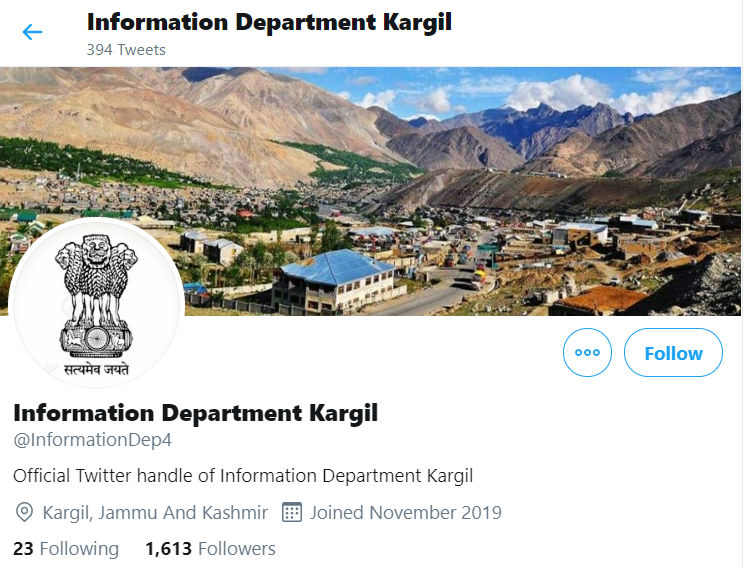 This comes almost a week after the India Meteorological Department (IMD) referred to its meteorological sub-division of Jammu and Kashmir as “Jammu & Kashmir, Ladakh, Gilgit-Baltistan and Muzaffarabad.” Muzaffarabad is the capital of Pakistan-occupied Kashmir while Gilgit-Baltistan is under illegal Pakistani occupation. The timing of the change in name is unclear but according to a report in a daily, it started to get reflected from Tuesday in the daily forecast for northwest India, issued by IMD from New Delhi.

While India has made it clear a number of times that PoK is an inalienable part of India, and that Pakistan must vacate all illegally occupied areas, it has also warned against the fake news in name of the government.