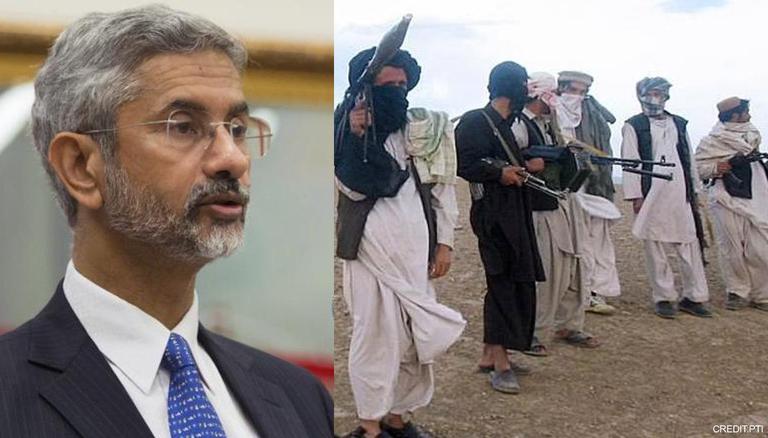 
There have been several media reports making claims of External Affairs Minister S Jaishankar meeting Taliban leaders earlier in the month. Putting an end to such claims, sources in the Government told Republic Media Network on Tuesday that "such reports are completely false, baseless and mischievous."

These rumours were seemingly circulated across social media as Jaishankar visited Qatar twice in a week earlier this month. Moreover, reports stated that a senior Qatari official said Indian officials made a "quiet visit" to Doha in order to speak to the Taliban's political leadership based in Doha as the Qatar government has hosted the Taliban’s main office in Doha since 2013.

Jaishankar, who was on a three-day visit to Kuwait, had a brief stopover in Doha where he had met Qatari National Security Advisor (NSA) Mohamed Bin Ahmed Al Mesned on June 9. Thereafter, in a surprise move, he visited Doha on June 15 and met US Special Representative for Afghanistan Reconciliation Zalmay Khalilzad in Doha to discuss the situation of war-torn Afghanistan as the US and NATO allies are involved in the process of withdrawing their armies from Afghanistan. What could have fueled speculations is that the meeting with Khalilzad was not previously announced by the External Affairs Ministry.

Jaishankar had spoken to Khalilzad over the phone in March as well and discussed the developments pertaining to the Afghan peace talks. While attending the 9th Heart of Asia Ministerial Conference in Tajikistan's capital, Dushanbe, he had also voiced out concerns over the violence and bloodshed in Afghanistan and said that there is a need for a genuine ‘double peace’ in and around the war-torn country.

The situation over Afghan peace talks

India has been keenly following the evolving political situation after the US signed the peace deal with the Taliban. The deal provided for the withdrawal of American troops from Afghanistan, effectively drawing curtains on America's 18-year war with the Taliban in Afghanistan.

Negotiations between the Taliban and Afghan representatives began last September in Doha, Qatar and continued earlier this year. But the Taliban announced on April 13 -- a day before President Joe Biden’s announcement that all U.S. troops would leave by September 11 -- that it would not take part in any conference intended to decide the future of Afghanistan until all foreign troops were gone.

Although a peace deal has been brokered between the US and Taliban, UN experts have stated that the violence perpetrated by Taliban insurgents in Afghanistan continues to hamper the peace negotiations with the Afghanistan government. The U.N. experts, who monitor sanctions against the Taliban, predicted more violence in the run-up to their departure, raising a significant question as to how would the Afghanistan military manage without any external support.