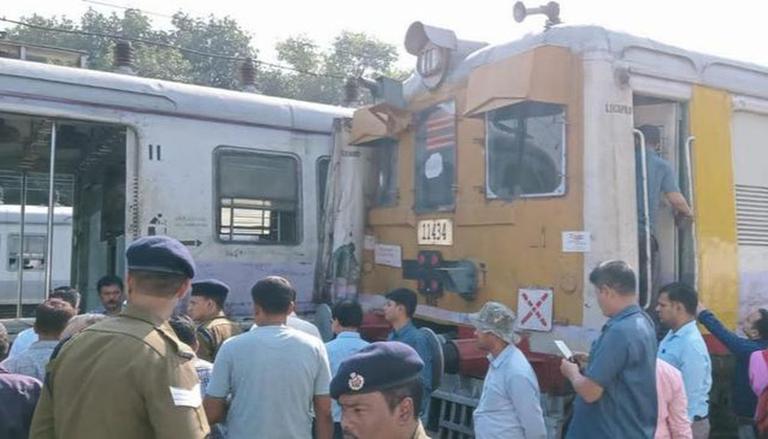 
Two EMU local trains travelling in the same direction on adjacent tracks outside Sealdah railway station grazed each other on Wednesday but none was injured, a railway official said.

Both trains were on their way out of Sealdah, one of the busiest railway stations in the country, when they grazed against each other, Eastern Railway spokesperson Ekalabya Chakraborty said on Wednesday.

Post the accident, as per visuals available, passengers started alighting from the trains midway and started walking towards the station.

"A train was travelling from Sealdah to Ranaghat, while the other, an empty rake from the terminal station, at around 12.15 pm crashed," said Chakraborty, adding, "The motorman's cab of the empty rake was partially damaged in the accident."

"An enquiry will be held to ascertain the reason for the accident," he said.

The train schedules in the Sealdah main section were affected marginally due to the mishap and efforts were on to normalise services after removing the two rakes, he added.