'Proud Of Our Pilots': SpiceJet Chief On Delhi-bound Flight's Emergency Landing In Patna

The SpiceJet plane had encountered a bird hit, which resulted in one of its engines catching fire mid-air, prompting the pilot to make an emergency landing. 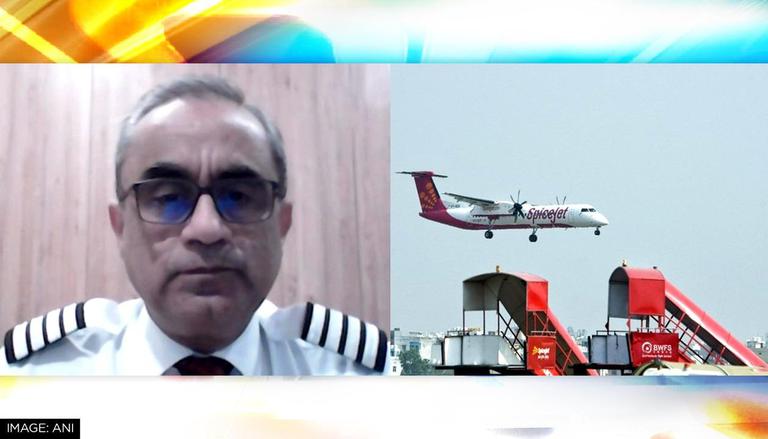 
After a SpiceJet flight, carrying 185 passengers, made an emergency landing at Patna airport, a senior SpiceJet official lauded the pilots of the airline's flight and said Captain Monika Khanna and first officer Balpreet Singh Bhatia conducted themselves well during the incident. On Sunday, the airline's flight made an emergency landing at the Patna airport after one of the aircraft's engines caught fire shortly after take-off for Delhi. The flight landed safely with no injury to passengers and crew.

Gurcharan Arora, SpiceJet's chief of flight operations told ANI, “Captain Monika Khanna and first officer Balpreet Singh Bhatia conducted themselves well during the incident. They were calm throughout, and handled the aircraft well. They are experienced officers and we're proud of them".

Describing the complete incident, Arora further mentioned, "Only a single-engine was functioning when the plane landed back. Engineers inspected the aircraft and confirmed that a fan blade and the dramatic moment of the plane catching fire was recorded by onlookers from the ground. Eventually, the flight landed back safely at the Patna airport, with no injury reported to any passenger or crew member. The engine was damaged as a bird hit. The Directorate General of Civil Aviation (DGCA) will probe further".

The cockpit crew suspected a bird hit Engine No.1, during the rotation of the SpiceJet flight (Boeing 737-800). However, the aircraft continued to fly since the crew did not observe any abnormality. After take off the Cabin crew informed pilots about sparks coming from Engine one, and then the pilot returned the flight to Patna following engine failure protocol.