The 3-member panel-- Shri Amitabh Kumar, Shri S.C.L. Das & Smt. Nazli Jafri Shayin will enquire into the sequence of events & present the report within a month 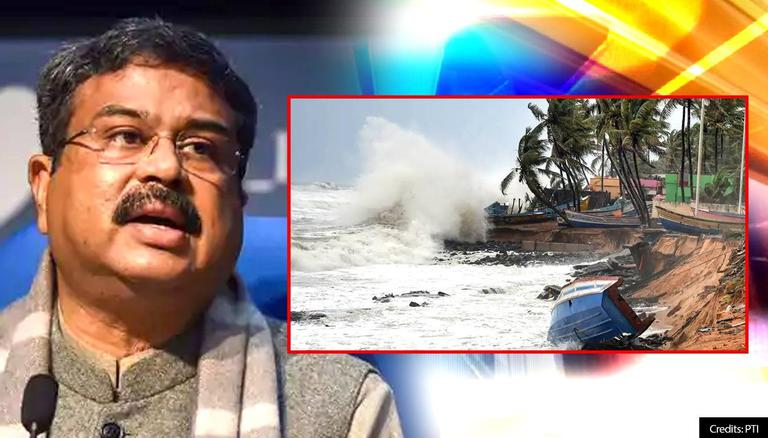 During cyclone “Tauktae”, several vessels of Oil and Natural Gas Corporation (ONGC) with more than 600 people on board were stranded in offshore areas. The stranding, drifting and subsequent events have led to the loss of several lives. The Committee may co-opt any other member, and take the assistance of any person it deems necessary. The committee has to submit its report within one month and will also, make recommendations to prevent the recurrence of such incidents in future.

The Committee has to enquire :

In the recent development, the Barge GAL constructor which was stranded in Satpati coast, all 137 people on board have been rescued. 237 people were on board in Barge 53O5 out of which 186 people have been rescued, 65 were reported missing, 22 dead. 196 people were on board in Barge SS3 and 100 people in Sagar Bhushan oil & gas where everybody has been reported safe. However, the search and rescue operations of ONGC personnel continues.

Prime Minister on Wednesday spoke to senior officials and took stock of the operations that are being undertaken to rescue personnel from capsized ONGC barge. The Indian Navy has deployed INS Kochi & INS Kolkata along with INS Teg, INS Betwa, INS Beas P8I aircraft & Seaking Helos are continuing with their search & rescue Operations.

Tauktae stands to be the strongest storm to impact Gujarat since 1998 as it battered parts of the state and left behind a trail of destruction along the coast, uprooting electric poles and trees, and damaging several houses and roads, before weakening, officials said on Tuesday. 45 people have lost their lives and 11 in Maharashtra. Cyclone Tauktae has impacted the weather conditions in several parts of Northern India including Uttar Pradesh, Haryana, Rajasthan and Delhi where rainfall was witnessed on Wednesday.