BS Yediyurappa expressed that he hopes that the BJP led central government and CM Bommai led state government will further assuage the needs of the farmers. 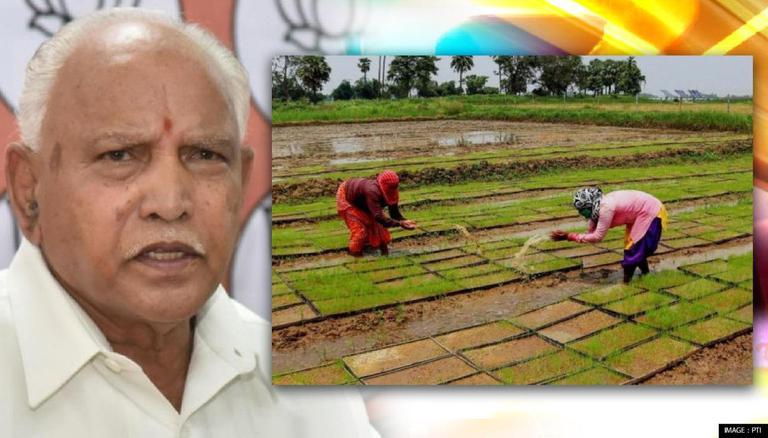 
While campaigning for BJP in Karnataka for the upcoming MLC elections, former CM BS Yediyurappa asserted that he sought compensation from the state and central government for the farmers whose crops have been damaged due to heavy rains in the state.

Yediyurappa went on to add that he hopes that the central government and CM Bommai-led state government will further assuage the needs of the farmers by providing them monetary relief for their lost produce amid heavy rainfall.

"There is severe damage to the crops in many parts of Karnataka. I hope that the state government and the Central government will soon compensate farmers for their crop loss", he said, addressing a gathering here.

The top Lingayat leader made the statement while participating at the BJP's 'Jan Swaraj Yatra,' a four-day event being held under BJP's campaign strategy for the upcoming MLC elections slated for 25 seats in December. Yediyurappa further lauded Prime Minister Narendra Modi's announcement of withdrawal of the three farm laws. Yediyurappa went on to say that the BJP government is dedicated to serving farmers, PM Modi is also working for the upliftment and welfare of the farmers, he wants to double their income under his regime.

PM Modi is working for the welfare of farmers: Former K’taka CM Yediyurappa

"The welfare of farmers is important for our Prime Minister. His wish is to see that the farmers' income double in a short time. In this regard, he has introduced various schemes for the farmers,” Yediyurappa said.

His remarks came after PM Modi on Friday revoked the three contentious farm laws passed by the parliament in 2020 that had become a point of contention between the farmers and the central government.

Yediyurappa stated that Modi has implemented the findings and recommendations of the Swaminathan Committee and that the BJP government's goal was for farmers to receive a fair price for their produce. He pointed out that under the Prime Minister's Kisan Samman Nidhi plan, the Centre contributes Rs 6,000 and the state adds another Rs 4,000. Karnataka farmers will receive Rs 10,000 in this way. Yediyurappa further stated that the Centre has implemented several programmes aimed at empowering women so that they can become entrepreneurs and create jobs.