A massive fire broke out at a fire in Anaj Mandi in the national capital on Sunday. Rescue operation is underway, Delhi police reports over 32 fatalities.

A massive fire broke out at a fire in Anaj Mandi in the national capital on Sunday. Rescue operation is underway, Delhi police reports over 32 fatalities.
Fire officers on the spot
2 months ago | December 09, 2019 08:48

Fire Fighter from the spot reassures saying, "No new fire has happened. Just the smoke came up. We are here as a precautionary measure."

In a shocking turn of events, another fire breaks out in the same building where a fire had broken out on Sunday claiming 43 lives. According to ANI, another fire has brokken out in Filmistan colony, Anaj Mandi area. Four fire tenders have been rushed to the spot. More details awaited.

Delhi: A fire has broken out in the same building in Anaj Mandi, Rani Jhansi Road where 43 people had died in a fire incident yesterday. Four fire tenders have been rushed to the spot. pic.twitter.com/f1heEaQ7dU

Delhi police have traced the whereabouts of the absconding factory owner where a fire broke out earlier today, claiming lives of 43 people, as per sources. Sources further report that the owner named Mohammed Rehan has been arrested by the police. A case had been registered under section 304 of Indian Penal Code against him.

Photos of absconding owner of Delhi fatory which caught fire early morning has been released. An FIR has been filed against him.

Rehan (in pic), the owner of the building where a fire broke out earlier today, claiming lives of 43 people. A case has been registered under section 304 of Indian Penal Code against him and he is currently absconding. #DelhiFire pic.twitter.com/LBGx0msMED

Photos from the gutted down factory premises: 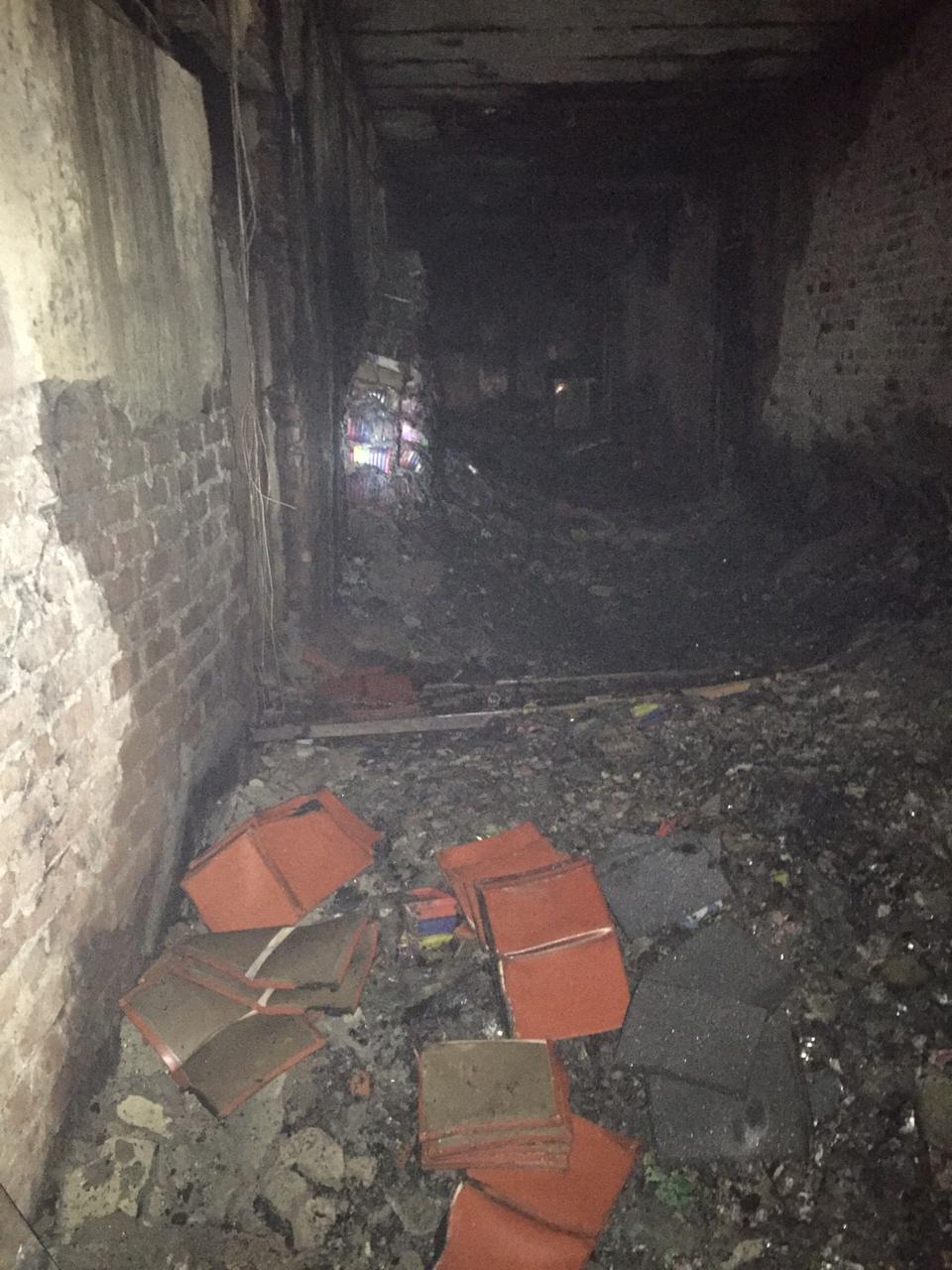 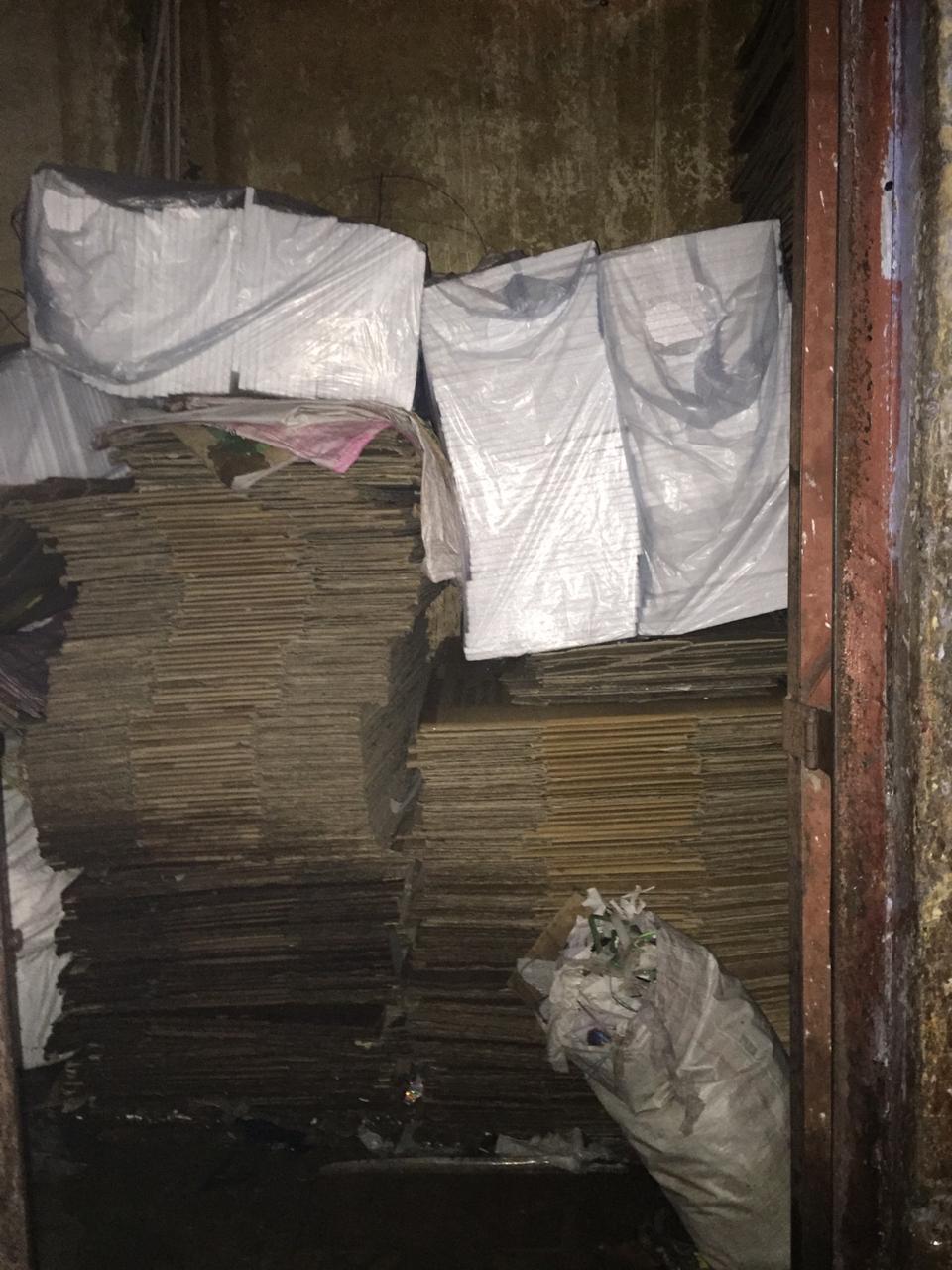 Atul Garg, Chief Fire Officer, Delhi Fire Service (DFS) on fire incident at Rani Jhansi Road said, "The building did not have fire clearance from DFS and no fire safety equipment were found installed in the premises."

He added, "I would like to inform  further that this was one of the best coordinated effort of rescue that so many personnel removed in such short period from a building."

Meanwhile, Chief Minister of Bihar Nitish Kumar has announced financial assistance of Rs 2 lakhs each to the victims of Delhi Fire incident who hail from Bihar.

Deeply pained at the tragic news of a massive fire killing and injuring unsuspecting people in Delhi. My heartfelt condolences to the families of the bereaved. I pray for the speedy recovery of those injured and hope that the authorities are doing the needful. #CitizenMukherjee NDRF deputy commandant Aditya Pratap Singh says , "There might  have been any industrial chemical that lead to this incident. At 9:45 NDRF teams reached here. The fire has been extinguished, search operations underway. Surface victims are being rescued."

CPI(M) leader Brinda Karat slams the poor work condition of the labourers, saying declaring compensation now was not of much use.

"There's no point of declaring the ex gratia now. Both the AAP and BJP govts are responsible for the massive fire incident. Time and again we have asked the govt to take stern action but to no avail. India is witnessing a high rate of unemployment which is why they were forced to work in such conditions," she said to reporters.

PMO offers Rs. 2 Lakh compensation to next of kin of victims and Rs. 50000 to those who were injured in Delhi Fire.

PM @narendramodi announced an ex-gratia of Rs. 2 lakh each from PMNRF for the next of kin of those who have lost their lives due to the tragic fire in Delhi.

PM has also approved Rs. 50,000 each for those seriously injured in the fire.

Delhi Deputy Commmissioner of Police Monika Bharadwaj has confirmed that the main owner of the factory - Rehan is absconding, report sources.

Delhi Police DCP North Monika Bhardwaj: Rehan, the owner of the building against whom a case has been registered under section 304 IPC, is currently absconding. https://t.co/lUIpqvN5DP

West Bengal Chief Minister Mamata Banerjee on Sunday expressed her deepest condolences to the families of those killed in a massive fire at a factory in Delhi and said she was saddened by the tragic incident, according to PTI. Delhi police officer said, "There were lot of plastic materials which were hindering our rescue efforts. Due to the rising smoke from these plastics, most of the deaths have occured due to asphyxiation (suffocation). When the fire department and Delhi police tried to rescue them, two fire officers and 2 police officers have been hurt in the operation due to the smoke. Rescued people have been shifted to LNJP and Lady hardinge Hospitals."

He added, "Delhi police has filed an FIR on the owners and other renters who have occupied the factory premises. Delhi CP has transferred the case to Crime branch. The Crime branch team has also arrived in the premises and is investigating. We will apprehend those responsible."

Sources report that Delhi Police will lodge FIR under sections 285 (negligent conduct with respect to fire) and 304-A (culpable homicide and not amounting to murder) of the IPC.

As per fire department source, the factory had no NOC, report sources. The factory was reportedly used to manufacture Ladies purse / magzine items and wall boards. FIR will most likely be lodged at Sadar Bazar police station.

Sources further report that while the initial FIR will be lodged at Sadar Bazar, it will later be handed over to crime branch. Currently, legal opinion is being taken. Three Teams are conducting raids to nab accused owner of the factory. A team which will be headed by an ACP level Official will probe the matter, report sources.

BJP MP from North East Delhi, Manoj Tiwari visits Delhi fire incident site,says,"It's a sad incident. As per initial info,fire broke out due to short circuit.BJP will provide financial assistance of Rs5 lakhs each to families of those who have lost their lives&Rs25000 to injured" pic.twitter.com/yl0XQ2YvGr

After visiting the site, CM Arvind Kejriwal addressed the media:

"More than 40 people have died due to fire in factory. I have ordered a magisterial probe into this. The exact cause of the fire has not been determined. But those responsible for the fire will be punished strictly. I have also announced Rs. 10 lakh as compensation to those families whose members have died here. Moreover, all the injured will be treated on government expenses and Rs. 1 Lakh will be awarded to the injured," said Kejriwal. 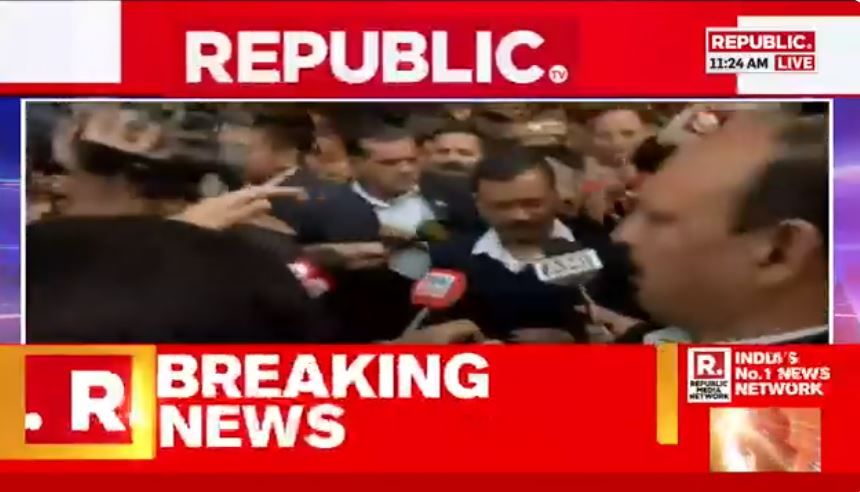 Extremely sad to hear the tragic news about fire in Delhi’s Anaz Mandi. My thoughts and prayers are with affected families. Wishing an early recovery to those injured. The local authorities are doing their best to rescue people and provide help. Meanwhile, the NDRF team is in action rescuing those still stuck inside the factory premises. Death toll stands at 43 and over 60 people have been rescued as of now.

Am reaching the site of fire incident

The fire in Delhi’s Anaj Mandi on Rani Jhansi Road is extremely horrific. My thoughts are with those who lost their loved ones. Wishing the injured a quick recovery. Authorities are providing all possible assistance at the site of the tragedy.

Delhi police confirm death toll due to Anaj Mandi fire has risen to 43.

"We had received a call at around 5:22 AM. Since the fire station is adjacent to this place (fire station), there was no delay in sending fire tenders. Initially four fire tenders were sent. But because lanes are narrow and congested, we had to physically go inside and rescue those trapped. Most of the injured were taken out by fire department personnel manually," revealed a fire personnel.

He added that all the victims have inhaled the rising smog and have fallen unconscious. He revealed that the fire had started in a factory which also housed the labourere working in the factory. He revelaed several people wer still stuck inside.

Tragic loss of precious lives in the fire accident in New Delhi. My deepest condolences with families of those who have lost their loved ones. I pray for the early recovery of the injured.

Have instructed concerned authorities to provide all possible assistance on urgent basis.

Extremely anguished by the loss of lives in fire tragedy at Anaj Mandi, Rani Jhansi Road, Delhi. My thoughts are with bereaved families. May the injured recover quickly. Have asked @BJP4delhi karykartas to provide all possible assistance to those affected.

The Death toll in fire incident in Delhi's Anaj Mandi area climbs to 35 claim Delhi police. As of now, atleast 56 people have been rescued.

A massive fire broke out at a fire in Anaj Mandi in the national capital on Sunday. According to Delhi police, at least 32 people have died in the incident and more than 22 people have been rushed to the hospital. Soon after receiving the report, 15 fire tenders were rushed to the spot to douse the fire and to carry out rescue operations. Given the intensity of the fire, 10-12 more fire tenders had to be sent at the spot. According to reports, more than 30 fire tenders were used in the operation.

Delhi: Fire broke out at a house in Anaj Mandi, Rani Jhansi Road in the early morning hours today, 11 people rescued so far; 15 fire tenders present at the spot pic.twitter.com/GG5mLEVVrf

Speaking to media, Deputy Fire Chief Officer Sunil Choudhary said, "A fire broke out in a 600 sq feet plot. It was very dark inside. It is a factory where school bags, bottles and other materials were kept." The officer further said the fire was of "medium category" and had been completely doused. Atul Garg, Chief Fire Officer, Delhi Fire Service said, "Till now we have rescued more than 50 people, most of them were affected due to smoke." Rescue operations are currently underway.