A fire broke out at around 3:30 am in a godown in Delhi's Harsh Vihar. While no casualties were reported, the fire led to a partial collapse of the warehouse 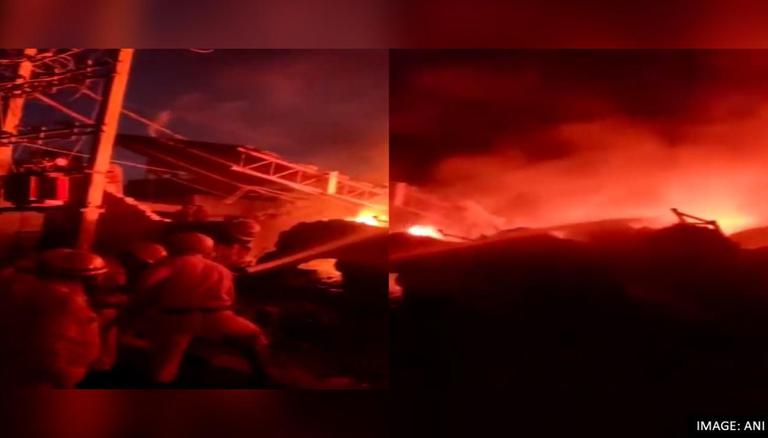 
A paper rolls godown in Delhi's Harsh Vihar area partially collapsed after a massive fire broke out on Monday morning. The incident took place at around 3:30 am and several fire engines from the Delhi Fire Service rushed to the spot to control the flames. No casualties were reported from the incident yet.

Around 16-17 fire tenders carried out fire control operations. The massive fire which spread around 600 to 750 square yards led to a partial collapse of the godown. The situation was brought under control and the reason behind the fire is being investigated.

A video from the spot of the incident shared by news agency ANI shows huge flames rising from the godown followed by visuals of the firefighters trying to control the fire.

Earlier on Saturday, a major fire broke out at a paper plates manufacturing unit in Delhi's Narela Industrial area. The fire occurred during the early hours of Saturday and around 33 fire tenders rushed to the spot. Meanwhile, no injuries were reported in the incident, but the factory incurred major losses.

On Friday, another fire broke out at a cloth and fabric godown in Harkesh Nagar in Okhla phase 2 in the national capital, Delhi. The incident occurred at around 3.45 am on October 8. A total of 17 fire engines rushed to the godown to control the fire. S

Similarly on October 3, another massive fire was reported at a guesthouse in East Delhi's Shakarpur area. According to the authorities, three people were injured in the fire. Delhi Fire Service said that they were informed about the fire at around 5 am on Sunday, after which officials sent five fire engines to the affected building.