Delhi Metro has made the provision of allowing transgenders access to separate toilets at its stations, which were hitherto meant for Divyanjans only. 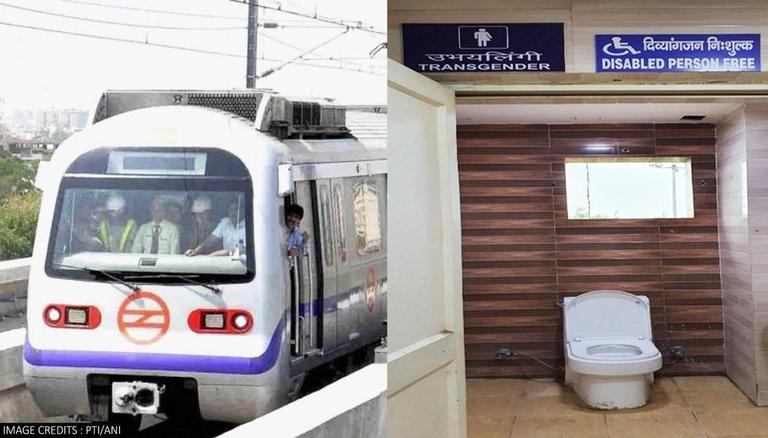 
With an aim to prevent gender discrimination and any kind of assault against the transgender community, Delhi Metro Rail Corporation (DMRC) has made a new provision and allowed the use of public toilets meant for disabled people for transgenders as well. The new provision will provide direct access to transgender passengers at the different metro stations in Delhi.

As informed by the Delhi Metro Rail Corporation (DMRC) on August 29, Sunday, Delhi metro will now onwards allow transgender passengers to access separate toilets at its stations which were earlier meant for disabled people or Divynagjans only. With this, the transgender passengers will not only be able to safely access the toilets but it will also prevent gender discrimination as experienced by the community.

Furthermore, it has provided bilingual indications in both English and Hindi along with the symbol of transgenders and persons with disabilities adjacent to the toilets for a better understanding by the people.

Meanwhile, trans people who wish to use gender based toilets as per self identified gender are still free to do so.

DMRC also took to Twitter and announced about the same providing pictures from the newly transformed toilets.

To ensure that transgender passengers travelling by the Delhi Metro get access to toilets at stations, DMRC has made the provision of allowing them access to separate toilets, which were meant for Divyanjans. To read more about this initiative click here: https://t.co/0IhtiCEazK pic.twitter.com/yWjUAWEg42

At this moment, there are 347 separate dedicated toilets by Delhi metro in its stations across the overall network and DMRC is now in the process of contemplating ways to identify dedicated locations for providing toilet facilities at its upcoming stations in phase 4. This move comes under the provision of section 22 of the Transgender Persons (Protection of Rights) Act, 2019, which mandates taking adequate welfare measures for the transgender community at public places including public toilets.

Demand for separate toilets for transgenders

In recent times, several instances of sexual assault and gender discrimination faced by transgender people have surfaced from different parts of the country. As a result, demand for separate public toilets for the community has been made for a long time. This would enable safe travelling and also any kind of assault or discrimination.

Earlier in July, the Delhi High Court issued a notice based on a Public Interest Litigation (PIL) seeking directions to construct separate washrooms for the people of the third gender.