A recent report by NASA has predicted several Indian coastal cities will be submerged by up to 2.7 feet by the end of the century. Read on to know more. 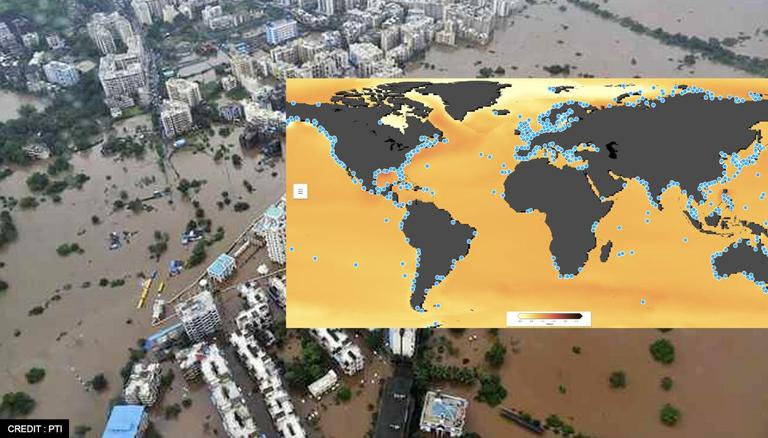 
The National Aeronautics and Space Administration (NASA) of the United States (US) has raised alarming signals of climate change and sea-level rise in the near future. A recent report by NASA has predicted that several Indian coastal cities will be submerged by up to 2.7 feet by the end of the century. The Intergovernmental Panel on Climate Change (IPCC) report was utilized by the scientists to analyze the alarming changes in temperature and ice cover, greenhouse gas emissions, and sea levels throughout the world.

NASA's Sea Level Change Team has created a sea-level projection tool that makes extensive data on future sea-level rise from the IPCC easily accessible to the public – and to everyone with a stake in planning for the changes to come.  As per the report by IPCC and NASA scientists focusing on the state of climate science, society's continued reliance on fossil fuels is warming the planet at a rate that is unprecedented in the past 2,000 years. The effects of the increase in melting of ice sheets and glaciers, large coastal population, greenhouse-gas-emissions, and others have already resulted in a visible record of droughts, wildfires, and floods devastating communities and ecosystems in different parts of the planet.

The report suggests the common global surface temperature has risen by over 1.1 degrees Celsius between the year 1850 to 1900, a level that has not been witnessed since 125,000 years ago, before the most recent ice age. Several Indian cities and towns that come under the scanner of sea level forecasts are Kandla, Okha, Bhavnagar, Mumbai, Mormugao, Mangalore, Cochin, Paradip, Khidirpur, Visakhapatnam, Chennai, and Tuticorin. 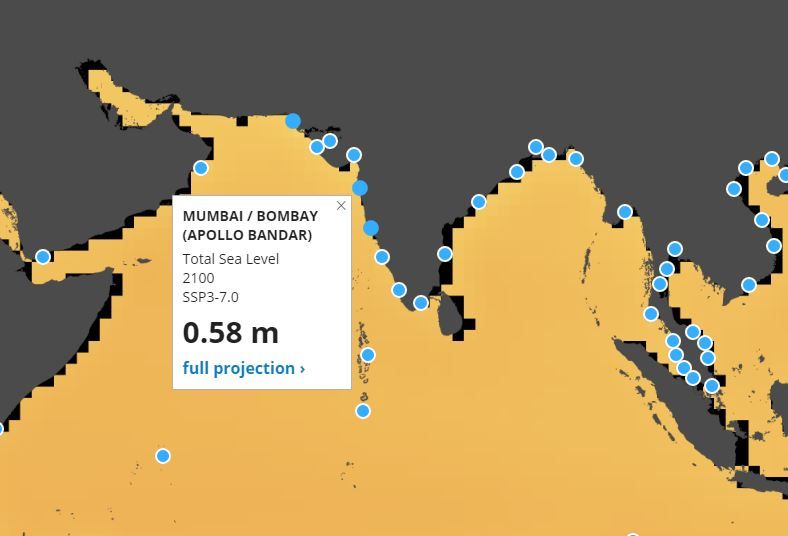 The IPCC has published global-scale assessments of the planet's climate every five to seven years since the year 1988. Their reports focus on changes in temperature, ice cover, greenhouse gas emissions, and sea level on Earth. The sea level projections data is gathered by satellites and instruments on the ground, as well as analyses and computer simulations.

Speaking about NASA's new sea level projection tool, Nadya Vinogradova Shiffer, who is program scientist and manager, stated, "This information is critical to increase climate resilience of nations with large coastal populations, infrastructure, and economies that will be impacted by sea level rise." NASA Administrator Bill Nelson added, "NASA’s new sea level projection tool will arm the people and decision-makers with the information needed to make critical decisions about economic and public policy, to protect our communities from the potentially devastating effects of sea level rise."

Furthermore, this is just one of the alarming truths contained in the recently published IPCC Climate Change Report, aimed at the policymakers.

WE RECOMMEND
NASA shares picture of Jupiter's icy Ganymede moon, calls it a 'mood'
NASA invites applications for one-year long simulated mission on Mars-like habitat
NASA set to launch Boeing's (CST)-100 Starliner cargo spacecraft to ISS on August 3
Tokyo Olympics 2020 'handing over' to Paris 2024 in space by astronauts from NASA & JAXA
NASA shares fascinating image of Moon made out of series of 53 images; Watch it here