On Tuesday evening in Mumbai's Aarey Forest area, a leopard cub was sighted strolling in the rain on a street. The cub seemed to be separated from its mother. 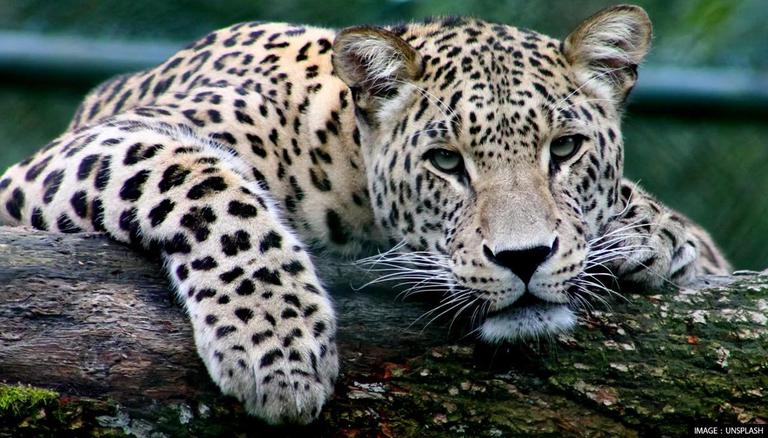 
On Tuesday evening in Mumbai's Aarey colony, a leopard cub was sighted strolling in the rain on a street. The cub, who seemed separated from its mother, was attempting to find cover in a tin shed. Its fur was coated in dirt. A squad of animal rescuers was called in after some individuals saw the leopard youngster. They rescued the cub by picking it up and carrying it to safety.

Animal rescue workers can be seen holding the cub, which is wrapped in a cosy blanket. According to witnesses, some police officers arrived to assist and coordinate the rescue. The cub appeared quiet in the blanket by late evening, according to photos shared by the rescuers.

Aarey is an area in Mumbai with a large expanse of greenery and a diverse range of animals and birds. It's one of the few green spots left in the city. In September 2020, the Maharashtra government decided to set aside 600 acres in Aarey, near Sanjay Gandhi National Park in suburban Mumbai, as a forest and safeguard the land. The proposed vehicle shed in Aarey sparked a fierce feud between environmentalists and the Maharashtra government at the time, which sought to tear down 2,700 trees to build the shed. Leopards wandering inside apartments have been observed on the outskirts of Mumbai multiple times. Environmentalists blame unrestrained development for destroying leopards' and other animals' habitats.

READ | COVID-19: Over 1.13 lakh women receive jabs during special session in Mumbai in one day

Meanwhile, the India Meteorological Department (IMD) has forecasted that heavy to extremely heavy rain may fall in scattered locations across Mumbai and its environs over the next 3-4 hours on Wednesday. IMD warned that in the next 3-4 hours, intense to very intense rain spells are very likely to occur in isolated locations in the districts of Palghar, Thane, Mumbai, Nasik, Ahmednagar, Nandurbar, and Dhule. Heavy rain is expected in Palghar district as a result of cyclonic storm Gulab, according to Additional Commissioner of Thane Municipal Corporation Sandeep Malvi. Palghar Collector Dr Manik Gursal has asked locals to take adequate measures.

"Possibility of thunder/lightning accompanied with gusty winds in some areas. Take precautions while moving out," IMD further said.