The Mumbai Mayor conducted an inspection at The Lalit Hotel in Andheri, during which some Brihanmumbai Municipal Corporation (BMC) officials accompanied her. 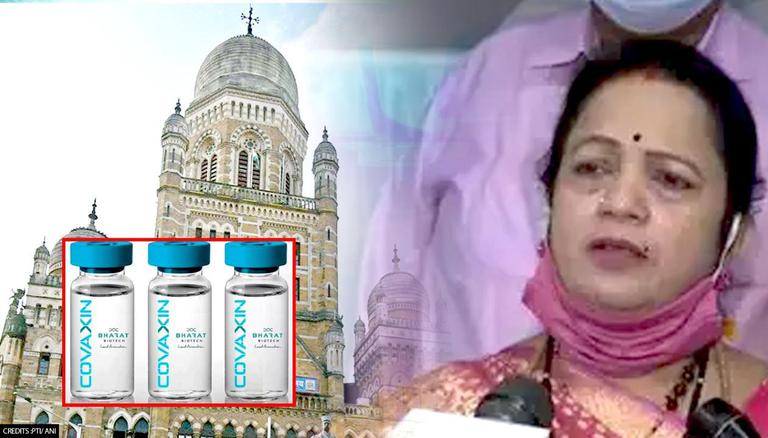 
Amid the COVID-19 vaccine crunch across the country forcing centres across the city to stall the inoculation drive, Mumbai Mayor Kishori Pednekar found vaccine doses lying unused in a normal fridge at a hotel in suburban Andheri. The sealed vaccine doses found during the Mayor's inspection routine have been identified to be of Bharat Biotech's COVAXIN. While there is an alleged tie-up between the hotel where the vaccine doses were found and Criticare Hospital to conduct the vaccination drive at the hotel's premises, storage of COVAXIN in a normal fridge is against the protocol as it needs to be stored in cold capacity at a temperature between 2–8 degrees celsius.

The Mayor conducted the inspection at The Lalit Hotel in Andheri East, during which some Brihanmumbai Municipal Corporation (BMC) officials accompanied her. Talking to reporters after her inspection, Pednekar said that the hospital had procured the COVID-19 vaccines from the Central Government, which the civic and state authorities were not aware of.

"The Lalit Hotel had received a proposal from the hospital that people can be vaccinated there (at the hotel). As per the proposal, those people, who do not have a family to look after following the vaccination, can stay in the hotel after inoculation...Here 500 people have been vaccinated," the Mayor said. The hotel is not to be blamed, but the hospital has not adhered to the norms concerning the cold storage of vaccines, she added.

The Mumbai Mayor also questioned how did Criticare procure COVAXIN doses when it has been unavailable to the BMC. Highlighting that storage of vaccine in a normal refrigerator can result in side-effects to those vaccinated with the said doses, she said that an inquiry will be carried out in the matter.

Criticare Hospital, on the other hand, issued a statement over the incident-

"On 22rd May 2021, we conducted a vaccination camp from 9:30 am to 6:00 pm for employees of ICICI Bank. After attaining all the requisite approvals and permits, along with the mandated CVC code from BMC – we administered the vaccine to 750 employees at Lalit Hotel, a venue pre-decided by the organization. The camp was organized following the required protocols and was fully equipped with all the necessary medical requirements. The vaccines were carefully carried and inoculated to everyone with all the vital safety precautions. Further to this, we did the vaccination camp only for a single day. Criticare hospital was not involved with any vaccination programme carried out in the hotel before or after 22 May 2021. As a part of the medical fraternity, we understand the impetus to follow all the safety procedures and undertaking."

In addition to the existing Hyderabad plant and the Bengaluru plant in process, Bharat Biotech last week announced the setting up of an additional manufacturing unit of COVAXIN in Gujarat to boost the production of its COVID-19 vaccines. The Hyderabad-based pharma firm informed that COVAXIN will now be manufactured by Chiron Behring Vaccines, Ankleshwar, Gujarat, a wholly-owned subsidiary of Bharat Biotech. It has set an aim to produce 200 million doses of COVAXIN within a year, with the vaccine availability at the Ankleshwar facility to commence from the fourth Quarter of 2021. With the addition of a manufacturing plant in Gujarat, Bharat Biotech has now ramped up the production of COVAXIN to 1 billion doses per annum, in its own established campuses.