As per a member of the organising committee, the team was dropped only after the first match in the tournament while a complete ban was put on the team 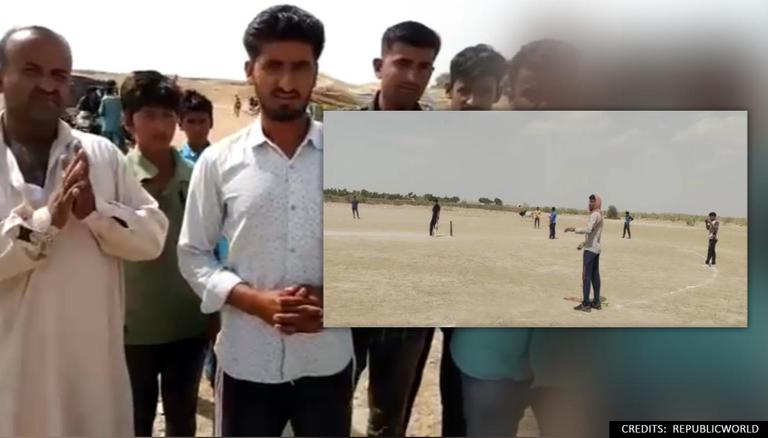 
As the Taliban continue to mark their presence across the world with the media covering every movement of the terror outfit after they annexed Kabul recently, the name- 'Taliban' has again courted controversy. But this time, it's because of a cricket team named 'Taliban'.

A team named as 'Taliban club' took an active part in a cricket tournament being held in Bhaniyana village in Rajasthan’s Jaisalmer district. Notably, the village is located nearly 36 kilometres from the strategically pivotal Pokhran, a remote location in the Thar Desert region that has served as the test site for India's first underground nuclear weapon, ballistic missiles.

Organisers of the cricket competition informed that the team named ‘Taliban’ was included in the tournament by mistake and that the team was later removed after being acknowledged by them.

As per a member of the organising group, the team was dropped only after the first match in the tournament while a complete ban was put on the team and the players as well. The member added that they had overlooked the name of the team owing to online scoring in the tournament this year. The organiser later, on behalf of them and the villagers apologised while assuring that such incidence will not be repeated again.

The organisers later maintained that the cricket tournament in their village is held every year with a motive to promote mutual brotherhood and harmony among people residing in the locality.

Another organiser, Ismail Khan stated that such a controversial issue was acted upon immediately and that it won't happen again. "The team that named itself Taliban has been sacked forever," Khan said.

Notably, Bhaniyana village, where the tournament took place is located at a distance of nearly 36 km to Pokhran and constitutes demography that is largely controlled by the minority population. The movement of Army troops is a common scenario in the area.

The Indian Nuclear Test Site is located 45 km northwest of Pokhran town and 4 km north of Khetolai village. The test range was built by the Indian Army Corps of Engineers and is presently under the control of the Indian Army. It was built sometime before May 1974, when, following authorization given to the Bhabha Atomic Research Centre by then-Prime Minister Indira Gandhi, it hosted the detonation of India's first nuclear device.