IMF predicted India's GDP growth at 9.5% in 2021 and 8.5% in 2022. According to IMF, India has retained its GDP growth rate irrespective of other nations 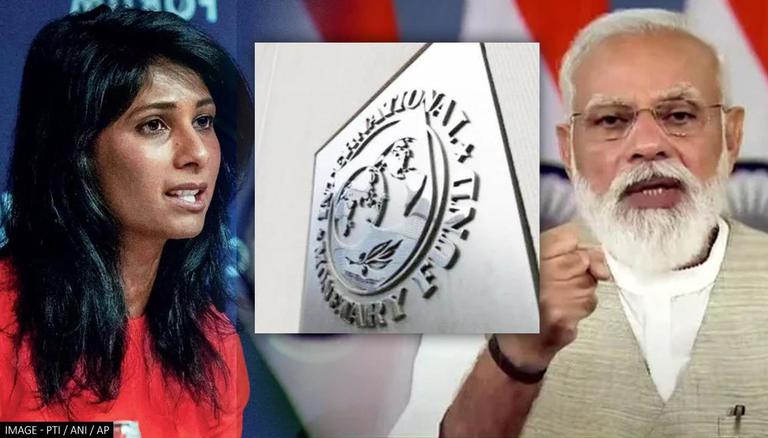 
The International Monetary Fund (IMF) predicted India's GDP growth at 9.5% in 2021 and 8.5% for 2022. According to the latest data, India has retained its GDP growth rate irrespective of other economies. Notably, in July 2021, the organisation of 190 countries, working to foster global monetary cooperation, had cut India's growth projection by 300 basis points to 9.5% for the current financial year.

In April this year, it has projected a growth rate of 12.5%. While unveiling the latest data, the International Monetary Fund said that New Delhi's financial plan predictions are constant with accomplishing the Reserve Bank of India's (RBI) inflation target. It is worth mentioning that India's central bank and regulatory body under the jurisdiction of the Ministry of Finance has also maintained its GDP growth target for this year at 9.5%.

According to RBI projections, the country would achieve the growth target of 7.9% in Q2, 6.8% in Q3 and 6.1% in Q4 of 2021-22.
Apart from India, IMF has slightly downgraded its outlook for the global recovery from the pandemic recession. In its latest World Economic Outlook released on October 12, the IMF predicts global growth this year of 5.9%, compared with its projection in July of 6%. As per the IMF data, the United States, which is considered the largest economy in the world, would continue a growth rate of 6% for this year.

Earlier in July, the International Monetary Fund has predicted a growth rate of 7%. While citing the reason behind the downward trend, the IMF said a slowdown in economic activity resulted from a rise in COVID-19 cases and delayed production caused by supply shortages drove the inflation in the United States.

On the other hand, China would grow at 8% in 2021, according to the latest IMF data. Earlier in July, it had projected a growth rate of 8.1% for this year. The GDP of China is projected to grow at 5.6% in 2022. "The dangerous divergence in economic prospects across countries remains a major concern. Aggregate output for the advanced economy group is expected to regain its pre-pandemic trend path in 2022 and exceed it by 0.9% in 2024," said IMF chief economist Gita Gopinath in a blog.

"By contrast, aggregate output for the emerging market and developing economy group (excluding China) is expected to remain 5.5% below the pre-pandemic forecast in 2024, resulting in a larger setback to improvements in their living standards. These divergences are a consequence of the 'great vaccine divide' and large disparities in policy support. Furthermore, many emerging markets and developing economies, faced with tighter financing conditions and a greater risk of de-anchoring inflation expectations, are withdrawing policy support more quickly despite larger shortfalls in output," noted IMF Chief chief economist.