Amid the attempts of Govt of India to boost economy, US Treasury said that economic activities has rebounded strongly despite facing 3 major COVID-19 waves 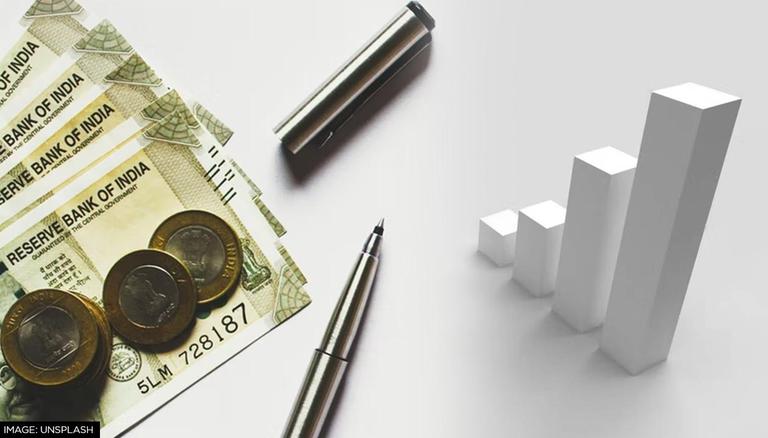 
Amid the attempts of the Central government to bring the Indian economy out of the pandemic-induced slowdown, the US Treasury on Friday said that the country's economy has rebounded strongly despite facing three significant COVID-19 waves

Speaking about India's growth and the impact of COVID-19 pandemic waves, in its recent report to US Congress, the Treasury Department said that India's acute second wave weighed heavily on growth through the middle of 2021, delaying its economic recovery. "However, economic activity rebounded strongly in the second half of the year as India's vaccination rollout accelerated," the US Treasury said in its report as it praised India's vaccination efforts.

At the end of 2021, about 44 per cent of India's population was fully vaccinated against the COVID-19 virus, the report said, adding further that after contracting seven per cent in 2020, the economic output of the country returned to pre-pandemic levels by the second quarter of 2021, with full-year 2021 growth of eight per cent.

In its semi-annual report, the US Treasury also spoke about the third wave of COVID-19 and its impact on the Indian economy. It said that since the beginning of 2022, India faced a third major outbreak driven by the Omicron variant, but the number of deaths and the broader economic fallout has been limited. It further added that the Indian government continued to provide financial support to the economy against the backdrop of the pandemic in 2021. Notably, the Narendra Modi led-government in the Centre provided several economic packages to provide relief to people and businesses affected by the COVID-19 pandemic and at the same time boost the Indian economy.

Speaking about India's fiscal deficit, the US Treasury reported that the authorities in India estimate the overall fiscal deficit will reach 6.9 per cent of GDP for the 2022 fiscal year, which is higher than deficits prior to the pandemic.

Earlier in May, Chief Economic Advisor (CEA) Anantha Nageswaran said that the Indian economy was in better shape to support growth and also ruled out the prospects of a recession in India in FY 2022-23. As inflation grips nations across the world including in India and the continuing war in Ukraine coupled with the withdrawal of the pandemic era incentives by the central banks, many global experts have already expressed the fear of recession in the western nations including the USA. However, according to the GDP data announced on May 31, the Indian economy outpaced the pre-pandemic levels - GDP for 2021-22 grew by 8.7 per cent.