Reserve Bank of India (RBI) Governor Shaktikanta Das is all set to address the media at 10 am on Friday. This will be his third such extraordinary briefing

Reserve Bank of India (RBI) Governor Shaktikanta Das is all set to address the media at 10 am on Friday. While Finance Minister Nirmala Sitharaman has already given a breakup of all the five tranches of the Centre's measures, the RBI Governor is also likely to weigh in, with the central bank's own measures totaling an estimated Rs 8 crore of the Aatmanirbhar Bharat package.

Shaktikanta Das' address also comes ahead of the meeting of RBI’s monetary policy committee between June 3-5 where the committee is likely to announce its second bi-monthly policy of 2020-21 - though the regular cycle of monetary policy announcements has been altered this year, with the Governor announcing changes to key rates on two occasions amid the Covid crisis. The Finance Minister is also to meet the heads of PSU banks on Friday.

In his last address on April 17, the RBI governor had announced an array of measures including a cut in the reverse repo rate under liquidity adjustment facility (LAF) from 4% to 3.75% and providing Rs 50,000 cr special finance facility to financial institutions such as Nabard, Sidbi, NHB. 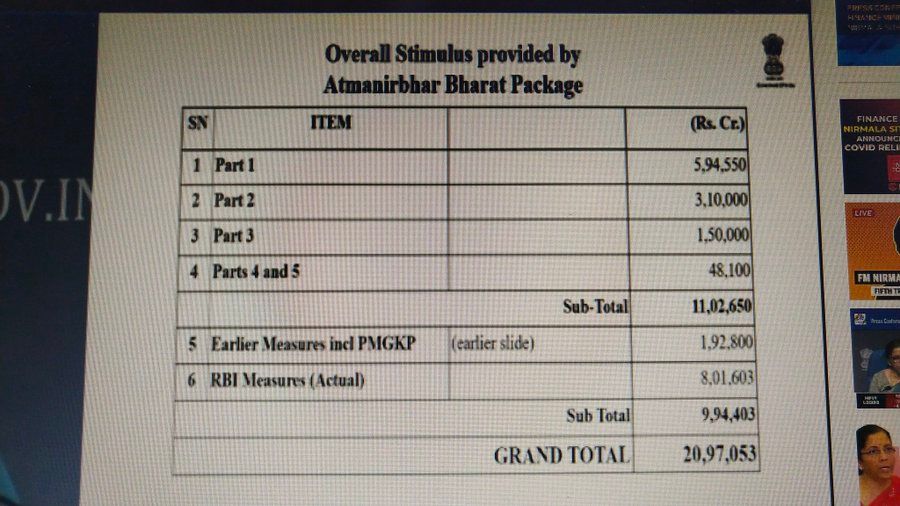 Finance Minister Nirmala Sitharaman had announced the fifth and final tranche of Stimulus 2.0 on Sunday, May 17. The financial package of Rs 20 lakh crore as announced by PM Modi in his address to the nation on May 12 included the previous monetary package and the liquidity measures announced by RBI till date to kickstart Indian economy's growth.